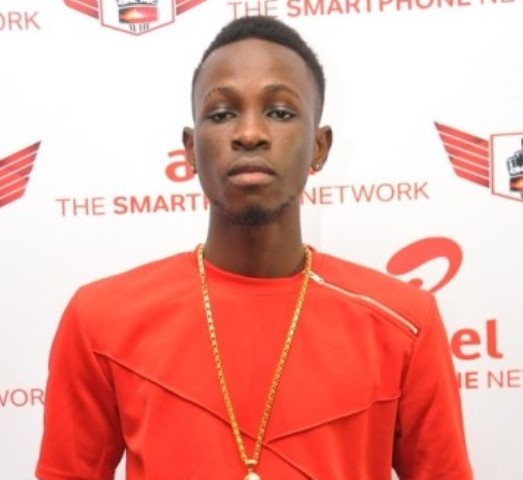 With a blend of Fuji, rap and R&B flavour, Jay Dreamz’s style of music appeals to youths who listen to artistes like Olamide and Reminisce. The talented up-and-coming artistes whose real name is Alalade Olabode Uthman was discovered at Ekiti State University through Airtel One Mics talent hunt show.

Some of his tracks are currently playing on the airwaves. The Ibadan-born artiste who is currently studying Psychology at Ekiti State University shared his plans after the Airtel One Mic Volume 1 album launch.

Speaking in a recent, Jay Dreamz said: “I am thrilled and really excited for this opportunity to perform with A-list artiste with the support of Airtel Nigeria. It is a dream coming real for me. I thank God for everything. I have two tracks in the album, the one I featured Reminisce is titled ‘Magic’ and another single recorded by J-slick titled ‘Don’t Go Yet.’

“Prior to the Airtel One Mic show, I have always been sure that music is my career. I believed in what I do, definitely the opportunity came through Airtel One Mic. I would say it is by God’s grace, because Airtel combed the whole of Nigeria to get the four of us in various institutions. You know when opportunity comes and finds you prepared, it actually works out for the best. I appreciate the telecoms company for showing us love and helping us to achieve this feat. I really want to say a big thank you to the smartphone network, for bringing out this platform to discover me and others. It is a good initiative by the company,” he said.

Speaking on the entertainment industry in Nigeria, Jay Dreamz noted that artistes need to be distinctive in order to thrive. “That is why I blend my rap with Fuji and R&B flavour. I want to fulfil my dream that is why I look forward to greater achievements like awards. From the beginning both my Mum and Dad have been very supporting. They encouraged me in my career. I am very grateful to them,” he added.

Related Topics:‘My style of music differentiates me’
Up Next

I didn’t want to compete, but I later won ‘Airtel One Mic’ talent hunt, L.A.S.E confesses