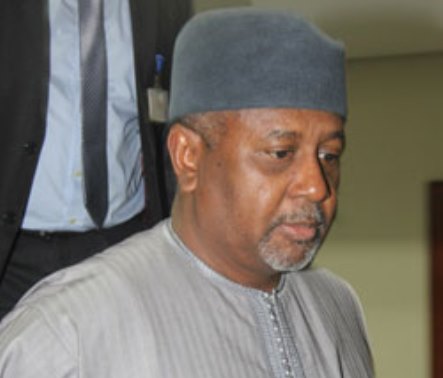 A Federal High Court in Abuja on Tuesday ordered the release of international passport of the former National Security Adviser, Col. Sambo Dasuki‎ (SAN), to enable him travel to London, the United Kingdom, for three weeks on health grounds.

Dasuki is facing five counts of illegal arms possession and money laundering involving about N84.6m, but the prosecution said on Monday that there was possibility of preferring additional charges against him.

Justice Adeniyi Ademola, while granting Dasuki’s request for his passport in a ruling on Tuesday, dismissed the objection by the Federal Government which argued among other grounds that the cancer ailment which the ex-NSA‎ sought to treat abroad could be treated in Nigeria.

But in granting the application on Tuesday, the court attached new conditions to the bail earlier granted to the defendant in self-recognition on September 1, 2015.

The condition now attached to the bail requires the ex-NSA to produce a surety who must swear to an affidavit of consent to an imprisonment in the event that the defendant absconds, till the period he is re-arrested.

In the alternative, the court ruled that the senior counsel representing the ex-NSA on record should sign an undertaking to produce their client in court on the next hearing date on November 26.

The court also ordered Dasuki to return the passport to the registrar of the court within 72 hours of return to the country.

The judge also fixed ruling on the prosecution’s application for protection of witnesses for the same day.

The court ruled that whatever was the outcome of the prosecution’s application, trial would commence immediately after ‎the ruling is delivered.

He said the application was necessary to keep with an earlier appointment which his client had with the UK hospital and in view of the defendant’s “deteriorating health conditions.”

He also argued that availability of the treatment which Dasuki was seeking abroad in Nigeria could not be basis for rejecting his application.

He urged the court to grant his client’s application on the basis that the defendant was presumed innocent and was still entitled to right to free movement.

In response, Director of Public Prosecutions of the Federal Ministry of Justice, Mr. Muhammad Diri, said Dasuki’s application was novel and distinguished it from the case of Ibori cited by Daudu.

He said in Ibori’s case there were other bail conditions granted the accused person quite unlike in Dasuki’s case where the seizure of the passport was the only bail condition.

He also argued that allowing the defendant to travel abroad for three weeks as he requested would delay the trial and that the ailment the defendant sought to treat abroad could be handled at the National Hospital, Abuja.

Related Topics:Court orders release of Dasuki's passport over medical plea
Up Next