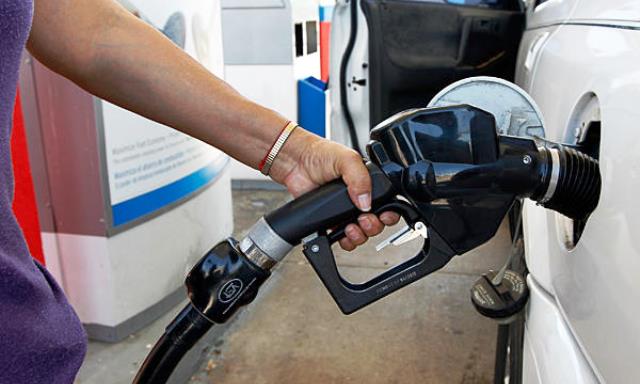 In an effort to stop the excesses of Independent marketers in Minna selling above the pump price, the Department of Petroleum Resources (DPR) on Monday sealed up six filling stations for violating the rules.

Speaking to newsmen after sealing up the filling stations, the State DPR Controller, Engineer Abdullahi Jankara maintained that it would no longer be business as usual for independent oil marketers in the state, stating that any Marketer who is not ready to adhere to the laid down rules and procedures should leave and go into other business.

“Some petrol stations in Minna are not selling petroleum product at the government approved price while those who claim to be selling at the approved price have adjusted their pump.

“Most people still believe that they can do things in the old way in the distribution of fuel, all the independent marketers in Niger state does what they like but DPR will not allow it. If you are not ready to do business in line with the guidelines, leave and go into another business. The era of illegality is gone.”

Jankara said that this move is in line with Federal government effort to effect change in the system and to make petroleum products accessible and affordable to the people in the state, adding that DPR would monitor all the petrol stations in the state to ensure that they are selling at government approved price.

“We would ensure effective monitoring and evaluation to ensure everything is done according to laid down regulations and soon, the dark days of oil marketers exploiting citizens in the state would be over,” he asserted

Most Independent oil marketers in Minna closed shop after DPR shut down seven filling station as they complained that they are only selling what they brought.

Speaking to our correspondent, the Zonal Financial Secretary of Independent Petroleum Marketers Association of Nigeria, Mohammed Lukman said that the independent oil marketers in Niger state are trying their best to ensure the people get the petroleum, disclosing that they buy their petroleum product from private deports that sell above government price.

“We are not sabotaging government policy, we are selling what we buy. We buy from private deports who sell the product to us between the rates of N87 and N89. This problem is not Niger state alone, it is all over.”

Though he commended the effort of the Department of Petroleum Resources in bringing sanity to the petroleum sector, Lukman appealed to government to ensure that most of the government approved deports have petroleum products so that they can buy at the regulated price.

“If government can ensure that we are given the products at a normal price, we will sell at the regulated rate. If not, we will have to close shop until we can get the approval to sell the product at the rate we brought because we cannot do business at a loss.”

One of the affected Independent oil marketers Isah Mohammed explained that they sold above pump price because they got the product above the regulated rate calling on government to make petroleum product available like gas.

“My station was shut down because I sell at N3 difference from the approved rate but it is not my fault. That is the way I brought the product.”

Related Topics:DPR closes 6 petrol stations in Niger
Up Next

20 convicted in Ekiti for sanitation offences