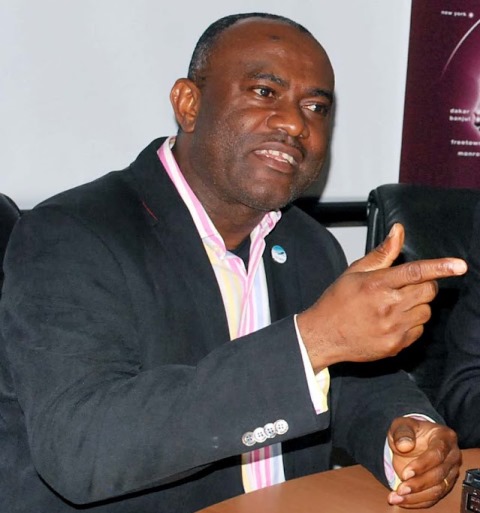 Mr. Chris Ndulue, Managing Director of Arik Air on Monday said that the proposed plan of the Federal Government to re-establish a national carrier for the country few years after the liquidation of the former, Nigeria Airways was unnecessary.

This is also as he commended the government for rejecting further devaluation of naira against major global currencies.

Speaking with aviation correspondents at the airline’s headquarters at the Murtala Muhammed Airport, MMA, Lagos during the ninth year anniversary of the airline, Ndulue insisted that rather than establish another national carrier for the nation, government should build on the existing ones.

He said, “I do not believe that government needs to start setting up an airline just to call it a national carrier. I think we have to build on what we have already in place. By the grace of God, we are still growing.”

On the exchange rate, he lamented that the sharp drop of the country’s currency was having an untold effect on players in the sector.

He noted that most transactions in aviation are import based and lauded the government for jettison the idea of naira devaluation.

He however hoped that in the next few months, naira would be stable while players in the airline sub-sector would benefit more.

“The impact of this (exchange rate) is much especially on our industry that depends largely on imports. But, we believe that Federal Government has given assurance that there won’t be another devaluation of naira, which we are happy with,” he said.

Besides, he explained that the airline now flies to 19 domestic, 12 regional and international destinations and airlifted 17, 304,741 passengers in nine years.

He added, “We currently employ over 3000 Nigerians directly and we also plan to extend our Abidjan operations to Dakar in Senegal from mid-November. Also, we are commencing operations to Libreville (Gabon) in the first quarter of 2016 while aircraft due to join our fleet in 2016 are two units of Q400s, two units of CRJ 1000s and two units of Airbus 330-200s.

On the launch of its customized domestic travel insurance, he informed that the airline was in partnership with Old Mutual Insurance Company and Risk Analysts Insurance Brokers.

He explained that with just N1,000, the insurance would cover accident (up to N1, 000,000.00) resulting in death, permanent disability or bodily injury within 90 days of the occurrence of the accident.

Others are flight cancellation or delays of more than eight hours, N20,000; emergency medical expenses, up to N50,000; mishandled/missing baggage (inconvenience), up to N20,000; and damage to baggage, up to N20,000 per passenger.

He however clarified that the new insurance policy introduced by the airline was not the same as the normal cover guaranteed for all passengers in case of air crash as provided for by the International Civil Aviation Organization, ICAO, recommendation.