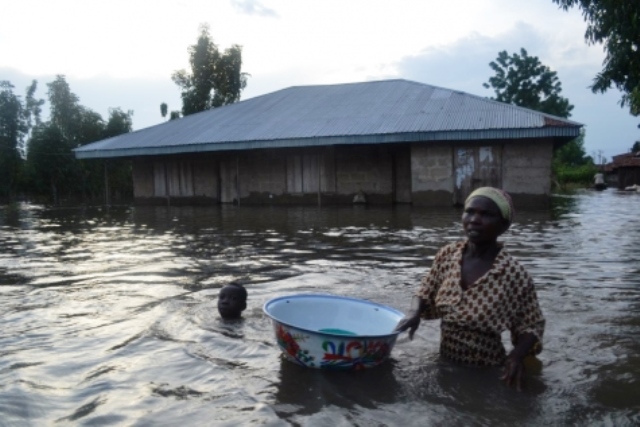 Delta State Commissioner for Bureau for Special Duties, Chika Ossai, has called for the establishment of Nigeria and Cameroon Joint Commission to proffer lasting solution to the flooding of some states of the country occasioned by the release of water from dams in Cameroon.

Ossai said the release of water has become a threat to Nigeria’s national security which could only be effectively checked with the governments of Nigeria and Cameroon working together to find an enduring solution to the perennial challenge.

“Assuming the Cameroonian authority is using it as a weapon against Nigeria, it is destabilizing our people with deaths and massive displacements recorded,” he said, adding that “we cannot continue to live in fear, praying that Cameroon should not release water; if there is a joint commission, both governments can bear the burden of the effects of the flood on our people if the two governments cannot find lasting solution to the flood.”

According to him, “Imagine the trauma, imagine the pains, the uncertainties, the fear on our people; we should stop this annual harassment using flood which can be controlled. We are not at war and we are preparing camps for IDPs because of effects of water being released by another country. No; there has to be a solution and the earlier the Federal Government acts, the better before the water becomes another weapon to terrorize our people.”

Hon. Ossai, who spoke in Asaba, that three deaths were recorded in Delta State as a result of the flood, while three other persons died when their boats capsized when they were returning from a marriage ceremony following the over flooding occasioned by the opening of the Lagdo Dam in Cameroon.

He said “for Delta as a state, we will continue to work for our people to be comfortable but, the Federal Government can work out the solution because, as a state, we cannot discuss with the government of Cameroon on this issue. Also, we know that we are not the only state in the country that is affected by the flood; we were affected most because the water emptied into the ocean through our coastal communities.”

The Commissioner, however, observed that the water had receded, noting that most of the IDPs had indicated interest to return to their respective communities.

While assuring that the camps had not been closed, Hon. Ossai added that relief materials would be given to the flood victims and urged Nigerians to assist the IDPs to enable them settle in the flood-ravaged communities.

He also highlighted efforts made by the state government to cushion the effects of fire incidents during the dry season, asserting that, while the state’s fire service was prepared to tackle fire outbreaks, it was better to avoid fire by engaging in effective safety measures.

“I can tell you, too, that we have embarked on sensitization programmes because it is better for us not to have fire outbreaks than for our men’s capability to be put to test; there should be no bush burning and people should learn to switch off their electrical appliances when they are not in use, while electricians should also use quality materials for wiring of houses,” Hon. Ossai said.

Related Topics:Cameroon joint commission on floodingDelta advocates Nigeria
Up Next