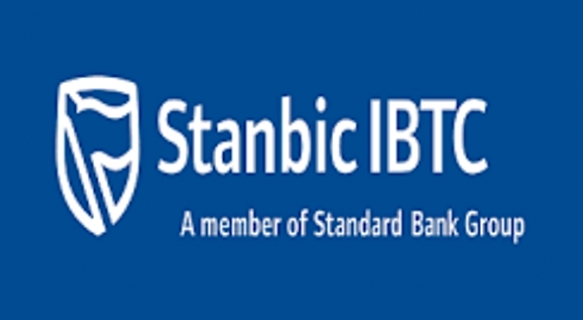 Stanbic IBTC Holdings Plc on Wednesday won the first round of its legal battle with the Financial Reporting Council of Nigeria (FRCN), as the Federal High Court in Lagos restrained it from obstructing the operations of the bank.

This is coming two days after the Central Bank of Nigeria (CBN) through a 13-piont observation knocked off the recent sanctions approved by FRCN against the board and management of Stanbic IBTC Holding.

Justice Ibrahim Buba on Wednesday granted an order of interlocutory injunction restraining it or its officers from “from interfering with, or otherwise impeding, obstructing, molesting or hindering” the plaintiffs’s operations.

The judge barred FRCN from preventing the plaintiff or its subsidiaries “from carrying on their lawful businesses.”

Justice Buba also restrained the council from inviting the entire Stanbic IBTC Holdings’ board of directors to any meeting in connection with the defendant’s statutory investigation of the plaintiff’s statements.

The orders, the judge said, will subsist “until the hearing and determination of these proceedings.”

Justice Buba ruled on a motion on notice for orders of injunction against FRCN and the National Office for Technology Acquisition and Promotion (NOTAP).

The plaintiff said FRCN, since August 3, has been investigating its audited accounts for the year ended December 2014.

The investigations concern liabilities accrued in the plaintiff’s 2014 accounts in respect of franchise fees owed to Standard Bank of South Africa, the registration of which it said has been pending before NOTAP since 2011.

The plaintiff said FRCN labelled the franchise agreement as illegal, and invited IBTC Holdings’ Chief Executive Officers to appear before it.

Following a meeting on October 16, the council informed the plaintiff that it committed criminal offences and that it would be reported to the the Economic and Financial Crimes Commission (EFCC), the Central Bank of Nigeria (CBN) and the Securies and Exechage Commission (SEC).

FRCN then asked the entire Stanbic IBTC board to meet with the council “to know the extent of your board involvement” in the matter.

But the plaintiff contended that the council has no statutory or other powers to summon the plaintiff’s entire board of directors to a meeting in order to determine their complicity or otherwise in any alleged criminal offence.

Arguing the plaintiff’s application, Prof Fidelis Oditah (SAN) said FRCN has been acting beyond its powers.

For instance, he said SEC issued a public notice suspending the plaintiff’s N18 billion right issue that the commission had previously approved, citing a letter received from FRCN.

“On September 15, SEC put on hold the plaintiff’s application to pay scrip dividends out of its 2014 profits, citing a letter received from FRCN,” Oditah said.

According to him, the council “is not a prosecutor or a court,” adding that it engaged in a campaign of calumny against the plaintiff.

The consequence, Oditah said, is that Stanbic IBTC’s share price fell from N23 to less than N19 within a week.

But FRCN’s lawyer, Chief Olusina Sofola (SAN) urged the court not to grant the application because the invitation had been overtaken by events.

“The day of the meeting has come and gone and they (plaintiff) did not attend. The heavens did not fall. They have not said they are being invited to another meeting. The meeting did not hold, so what is this court being asked to stop?” he said.

“As we speak now, they’re carrying out their business. The letter does not run foul of the law. If they feel we acted outside our powers, they should bring an application to challenge our powers. I urge my lord to dismiss their application.”

Ruling, Justice Buba held that the application hah merit, saying, “There is a strong case for the maintenance of status quo. There is a case made for the grant of the interlocutory injunction.”

According to the judge, FRCN is aware of the suit, therefore, the best thing was for all parties not to take steps that could “undermine” the case in court.

“The whole essence of having a court of law in any civilised society is to ensure everything is done according to law and not otherwise,” the judge said.

“No court is will stop a statutory authority from performing its statutory duties.

“However, the court must emphatically add that where it is alleged that a statutory authority is acting ultra-vires its statutory powers, the courts have powers and are imbued with jurisdiction to enquire into whether it true of false.”

He held that “the application has merit and is hereby granted.”

In its suit, the plaintiff is asking the court to determine among others whether FRCN has the power to impose a fine of N1 billion on it.

FRCN had last week sanctioned Stanbic IBTC over its audited accounts for 2013 and 2014.

It suspended the Financial Reporting Numbers of the bank’s chairman, Mr. Atedo Peterside, and its chief executive, Mrs. Sola David-Borha.

It also barred them from vouching for the integrity of any financial statements in Nigeria.

FRCN also suspended two other directors – Mr. Arthur Oginga and Dr. Daru Owei – for attesting to what it termed the “misleading” 2013 and 2014 financial accounts of the bank, as well as Ayodele Othihiwa of KPMG Professional Services for his firm’s alleged complicity in the infractions highlighted in the financial reports for the two-year period.

It based its sanctions on issues raised by the bank’s minority shareholders led by the Mahtani brothers who own the Churchgate Conglomerate, to some other regulatory agencies such as NOTAP, SEC and CBN among others.

Justice Buba adjourned to Friday for hearing of a motion to join a shareholder to the suit.