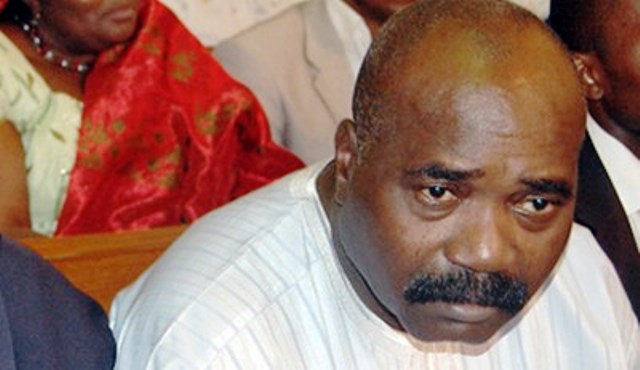 Edo State Government has begun moves to recover the sum of $31 million fraudulently taken from the Government coffers during the administration of Mr Lucky Igbinedion as Governor.

This was part of the decision reached at the end of the State Executive Council meeting held in the state, Wednesday.

Briefing the press at the end of the meeting, the State Commissioner for Information, Mr Louis Odion said: “there is the issue of a fraud that was discovered while turning our books. We found that the sum of $31 million was fraudulently taken from state coffers under the administration of Chief Lucky Ogbinedion. The Comrade Governor has directed the Attorney-General to commence legal action in that direction.

“So in the coming days, the state government will take legal action to ensure that what was stolen from Edo State Government is recovered. When you convert $31 million to naira, it fetches you a whooping N7 billion. You can imagine what N7 billion will do in improving the human condition in Edo State.”

The Commissioner who praised some landlords and companies in the state on the level of their compliance with the land use charge said Comrade Oshiomhole has asked me to convey his appreciation and gratitude to the good people of Edo State as well as members of the private sector for their voluntary compliance with the Land Use Charge.

“He has asked me to single out Coca-Cola Bottling Company for voluntary compliance. I think we need to put this in context. Our challenge as a government is mounting. Every day, our citizens want government to intervene, they want schools to be built, they want roads reconstructed but the truth is that our revenue is dwindling and without deepening the tax base, we won’t be able to deliver.

“So when we find corporate body and citizens who voluntarily comply by paying their taxes, we view them as partners in progress.

“We have also been directed to put on notice the CEOs of some companies, notably Banks who have refused to remit what is due to the government. I am speaking specifically with regards to some banks that have failed to remit withholding tax to the state government.”

Throwing light on the $31m fraud, the State Commissioner for Commerce and Industry, Hon. Abdul Oroh said, “The $31 million which was stolen from the people of Edo State for the transaction which was designed clearly for criminal purposes. This project was called Avrant Cement Company situated at Ekpe, near Ikpeshi in Akoko Edo Local Government.

“The company was supposed to produce cement to take advantage of the large scale deposit of limestone in that part of the state. The company was registered as Abat Cement Company Ltd and this company had three shareholders. The Abat Cement Company had 75% shares, Edo State Government had 15% shares and 10% shares were reserved for ‘other Nigerians’.

“The fruit juice processing company in Ehor was established in 2001 by the Lucky Igbinedion’s administration. The cost of establishing that company was N368,458,195 (Three hundred and Sixty Eight million, four hundred and fifty eight thousand, one hundred and Ninety Five naira) was invested in this company by the Edo State Government. The company was owned 100% by the Edo State Government. The materials for the company were imported from England from a company at a sum of £310,000.

“The company was now sold including the land and the three hectares pineapple farm which was also developed by the Ministry of Agriculture for N283.8 million. The company was completed and there was a test run. There was no reason to privatise it and it was sold out at a give-away price which only could have been influenced by criminal intentions.

“There were other criminal transactions. If you look at the fertilizer company in Auchi, most of the equipment installed at the point of commissioning were all fraudulent because they were out-dated and not useful and fertilizers were procured from somewhere and released as being products of the company.

“At Okpella Cement Company, they manipulated the transactions to the detriment of the people of Edo State and to the adversity of the state economy. When the Comrade Governor came in, in 2009, The Governor had to re-negotiate the whole process of the Okpella Cement. As we speak, the company that is running the Cement Company now has invested about $500 million and very soon, they will be producing cement in the new plant and in the old plant that has been re activated.

On his part, the Chairman, Edo Internal Revenue Service, Chief Oseni Elamah said, “We have some organisations who have decided to play the role of not being responsible corporate citizens notable among these are those that have held back withholding taxes, specifically the banks, withholding taxes on interest due on fixed accounts of individuals that reside in Edo State.

“The sad aspect is that we have to go through the route of going through detailed tax audit to be able to discover their non-compliance and having established what they are owing, we made demands on them, but some of them have gone to the extent of even refusing to pay and resorting to all kinds of litigations against the state.

“I need to point out that there are two aspects to this issue of non-compliance. First is that it is a criminal offence for you not to remit taxes to states. It amounts to tax evasion and then, the amount involved must be recovered by the state. We have recovered some of these amounts from some of the banks, there are quite a few that have decided not to respond.

“The state government has authorized us to proceed with the criminal aspect and in the next few days, we are going to arraign the Chief Executives of these institutions in the law court for possible liabilities on tax invasion which is a criminal offence. It doesn’t matter whether they have remitted the amount which was discovered to be outstanding even they are still withholding such money.”

Related Topics:Lucky-IgbinedionOshiomhole orders probe of Igbinedion’s government over $31m
Up Next