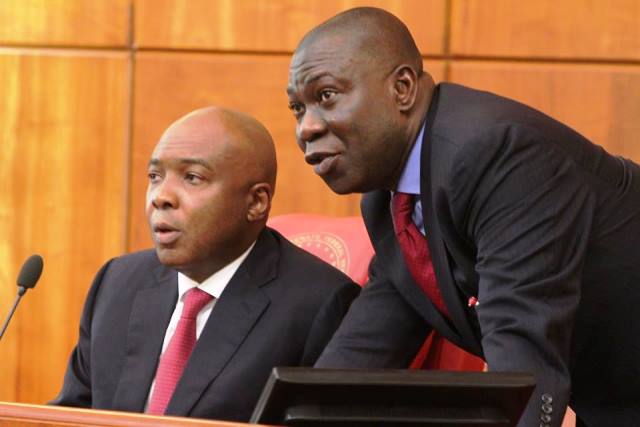 Senate President, Dr. Bukola Saraki on Wednesday moved towards stabilizing his leadership as he announced the constitution of standing Committees of the Senate, balancing the spread among all contending forces in the Senate.

Saraki read out the Committees and their Chairmen during Plenary with indication that members of the All Progressives Congress APC gained upper hands in the spread at the expense of the opposition, contrary to earlier expectations.

In all, 65 Standing Committees were constituted while the APC got 41, leaving 24 for the opposition party.

The Senate leadership had used the Committees to pull closer Senators who were hitherto opposed to it as it considered Saraki’s number one contender, Ahmed Lawam for Defence Committee, while wife of APC leader, Mrs Oluremi Tinubu emerged as Chairman Committee on Women Affairs.

According to the list, Senate Senator Dino Melaye will head the committee on Federal Capital Territory, while Ben Murray Bruce is to head the Committee on Privatization.

Another foremost critics of Saraki, Senator Kabiru Marafa is to head the Senate Committee on National Identity Card, while his closest friend, Senator Danjuma Goje becomes the Chairman Appropriation Committee, obviously the most juicy.

Below is the full list of the committees and their chairmen:

Related Topics:Saraki woos PDP Senators with juicy committees
Up Next