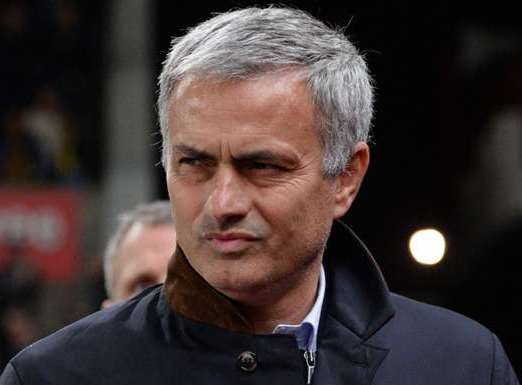 The English FA has revealed why Jose Mourinho, Chelsea Manager was banned from Saturday game against Stoke City.

Mourinho was sent to the stands for his outburst during Chelsea’s 2-1 defeat at Upton Park – his behaviour earning him a one-match stadium ban and a £40,000 fine.

The Portuguese has previously expressed his frustration at being sanctioned by the Football Association (FA) while Wenger escaped punishment for describing officials as “weak and naive” after seeing Gabriel sent off for a tangle with Diego Costa in Arsenal’s defeat at Chelsea in September.

The FA has now published referee Moss’ report, which reveals Mourinho’s foul-mouthed outburst and his actions at the interval.

“When myself and my colleagues left the field of play at half time, as we entered the tunnel area to get to our dressing room, Mr Mourinho the Chelsea manager was waiting for us clearly agitated and began aggressively asking about first-half decisions,” Moss wrote.

“Rather than publically speak to him I asked him to step into the entrance of my dressing room escorted by Simon Sutton, the West Ham United Security Manager. Mr Mourinho asked me about a tackle, an offside and a goalline clearance.

“I gave him brief answers to his questions. After this I asked him to leave the dressing room area. He refused. I asked him again. After he refused again I asked Mr Sutton to escort him from the room.

“At this point Mr Mourinho became very aggressive and animated. He shouted that you f****** referees are weak… Wenger is right about you…you are f****** weak.

“I advised Mr Mourinho not to take his position in the technical area for the second half due to his actions.”

Mourinho is also the subject of a suspended stadium ban in relation to post-match media comments made following the loss to Southampton last month – the Chelsea boss having an appeal against the sanction turned down on Thursday.

Related Topics:Why English FA ban Mourinho from Stadium
Up Next