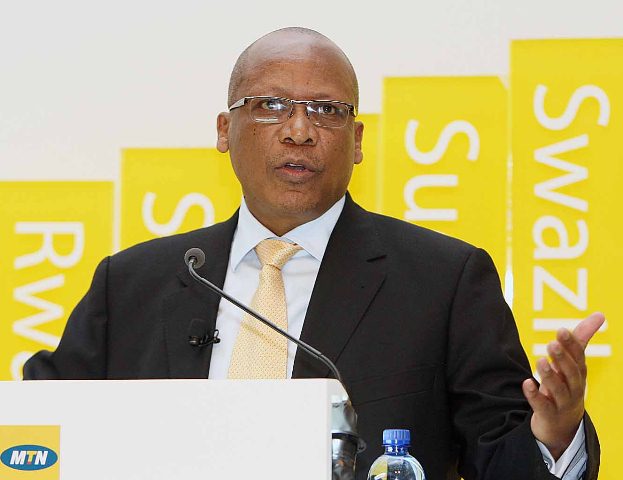 The ongoing battle to save the soul of Nigeria’s biggest mobile operator, MTN Nigeria, from the regulator’s hammer, has taken its first victim – and a major one at that – as the drama moved to the company’s boardroom, claiming already the job of the Group President and Chief Executive Officer, Mr. Sifiso Dabengwa, who has resigned with immediate effect.

MTN Nigeria was slammed a landmark fine of N1.4 trillion ($5.2 billion) by the Nigerian telecom regulator, the Nigerian Communications Commission (NCC) for failing to disconnect some five million of its over 62 million subscribers whose SIMs were unregistered as provided by the regulator’s directives.

It was later gathered that the kidnap of a former Secretary to the Federal Government of Nigeria and Chairman of the Social Democratic Party (SDP), Chief Olu Falae, stoked the most anger within government circles leading to the unprecedented find handed down to MTN Nigeria by the NCC as security operatives found the hoodlums used an unregistered MTN Nigeria SIM in that dastardly operation.

Chief Falae, a former minister of finance in Gen. Ibrahim Babangida’s administration, was kidnapped on his 77th birthday, on September 21, 2015 at Ilado, along Igbatoro road, in Akure, the capital city of Ondo State, in a manner that threw the country into shock in the rising spade of cases of kidnaps, insurgencies and the likes, thereby making nonsense of the well-meant efforts by government to keep the insurgents and criminals at bay. It was a national embarrassment that caused vexation in the bellies of security agencies and President Muhammadu Buhari, who has vowed to wipe out insecurity and insurgency in the country.

Talks have however been ongoing at the highest level to resolve the matter of the fine, which by all indications is beyond the company’s capacity to pay and still remain in business.

For instance, only last week, the NCC renewed the mobile licence held by the MTN Group for another period of five years, ending on August 31, 2021 for its operations in Nigeria operating as MTN Nigeria through which it offers GSM services among a bouquet of telecom offerings.

In throwing in the towel, Dabengwa, who stepped in as CEO of MTN Nigeria after Adrian Wood’s tenure came to an end and worked here for a considerable period of time, wrote:

“Due to the most unfortunate prevailing circumstances occurring at MTN Nigeria, I, in the interest of the company and its shareholders, have tendered my resignation with immediate effect.”

The statement which was issued from the MTN Group headquarters in South Africa at 6 a.m. November 9, 2015, also informed that the current Non-Executive Chairman, of the Group, Mr. Phuthuma Nhleko has been appointed Executive Chainman in a temporary capacity.

Nhleko will act in that capacity for a maximum period of 6 months while the company identifies a successor for Mr. Dabengwa, the company explained in the statement.

Nhleko is no stranger to the business as he served as Non-executive Director and Chairman of MTN from July 2001 until June 2002 and thereafter as an executive director, Group President and CEO until March 2011. He has subsequently chaired the Group in a Non-executive capacity for the past two and a half years (29 May 2013).

“I will assume responsibility as Executive Chairman for the next 6 months as I proactively deal with the Nigerian regulator and will continue to work with them in addressing the issues around unregistered subscribers as a matter of urgency,” commented Nhleko.

To ensure compliance with King III, Mr. Alan van Biljon will continue to serve as the Lead Independent Director on the MTN board of directors (“MTN Board”) whilst Mr. Nhleko takes over executive responsibility.

“Together with the MTN Board, my second priority will be to find an appropriate Chief Executive Officer to take MTN forward. I will then revert to my Non-executive Chairman role,” concluded Nhleko.

Stakeholders are reminded that MTN will continue to inform them of any material engagements with the Nigerian authorities via the Stock Exchange News Service of the JSE Limited (SENS).

Shareholders are advised to continue to exercise caution when dealing in the Company’s securities until a further announcement is made. IT TELECOM DIGEST