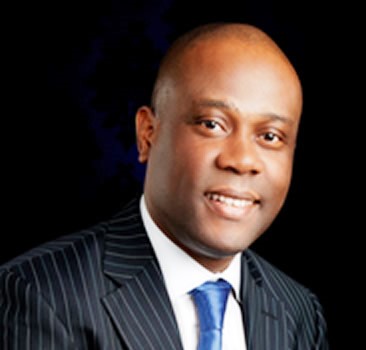 Access Bank, the full service commercial bank with headquarters in Nigeria and with operations across Sub-Saharan Africa and the UK, will hold its Access Conference on 10 December 2015.

The inaugural conference in 2013 included an array of prominent global leaders, such as former presidents Nicolas Sarkozy and John Kuffour, who discussed the importance of sustainable leadership as a means to bring about change in society. In a call to arms for Nigerian businesses, former US President George W. Bush spoke on the need for a strong entrepreneurial culture in the fight against poverty.

The theme of this year’s conference is ‘Leading in a transformational world – the imperative of innovation’.

Inspirational leaders from the global private and public sectors will be discussing the major themes facing Africa, the world economy and the social transformation created by changing technology. The event will be moderated by several renowned speakers including José-Maria Figueres, former President of Costa Rica and now a leading campaigner on environmental issues. We also expect the presence of other global leaders including past Presidents and Prime Ministers as witnessed during the inaugural conference in 2013.

Speaking at a press briefing at the Bank’s head office in Lagos, Executive Director, Personal Banking Division, Victor Etuokwu said life-changing innovations popping up in unexpected places around the globe with breakthrough developments in sectors such as nanotech, biotech, artificial intelligence, robotics and more, will affect every sector of the global economy in such a way that businesses will have nowhere to hide. According to him, innovation means BIG change and even BIGGER opportunities for those who decide to be part of it.

“As we are all experiencing it, innovation is moving at a speed that’s never been witnessed. With 2 billion internet users worldwide and 50 billion connected devices by 2020, innovative technology is definitely the defining trend for today’s business,” he noted.

Keynote speaker and Access Bank Chief Executive, Herbert Wigwe, said: “I am delighted to welcome such a distinguished line-up of individuals to the Access Conference 2015. We founded the event in recognition that Africa must now play a central role in the global debates that matter to its citizens. Whether it is technology, entrepreneurship or the impact of financial regulation on growth, the future direction of the world is increasingly being played out in this continent. This conference will be a fantastic opportunity for a meeting of minds, sharing of knowledge, and the beginning of an understanding that can enhance the wellbeing and happiness of Africa’s people.”

Other speakers scheduled to be present at the conference include Ben Bernanke (Former Chairman of the Federal Reserve, Central Bank of the USA), Hans Rosling (Professor of Global Health, Sweden’s Karolinka Institute), Mariana Mazzucato (Professor in Economics, University of Sussex), Chinedu Echeruo (Founder and CEO Gigameet.com)  Narayana Murthy (Founder of Infosys) and many more.