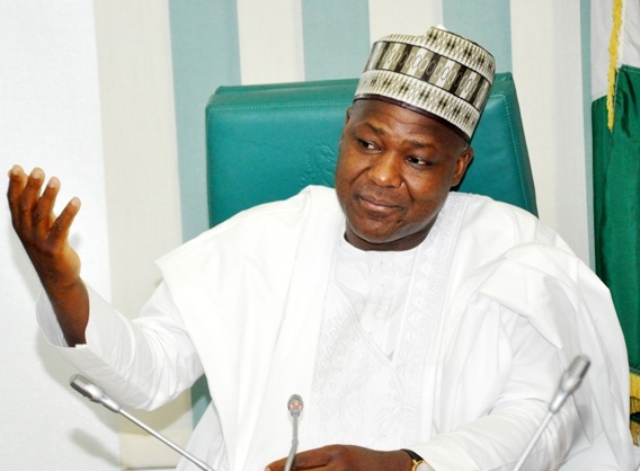 The crisis rocking the All Progressive Congress (APC) caucus in the House of Representatives is growing worse as the caucus of the party is divided over the appointment of committee chairmen and their deputies as well as the constitution of the 97 standing committees of the House.

The disagreement over the naming of the heads of committees came to light following the letter by House Leader, Rep. Demi Gbajabiamila to Speaker Yakubu Dogara complaining about being alienated and sidelined in the choice of committee chairmen and deputy chairmen.

Denying this accusation, the speaker revealed that all the principal officers of the House, including Gbajabiamila were invited and attended a meeting at which the choice of committee heads and the composition of the committees were agrees upon.

However, on Monday during the formal inauguration of the House committees, Gbajabiamila and his loyalists shunned the event, preferring instead to hold consultations with APC leaders at the party’s headquarters after which they spoke to journalists and made public their grievances.

Following the boycott by Gbajabiamila and his supporters, attempts were made yesterday to resolve the crisis, but predictably the fence mending exercise hit a brick wall as the camps of Speaker Dogara and Gbajabiamila stuck to their guns in respect of the choice of committee heads.

Tuesday’s meeting between the two factions called at the instance of the Deputy Speaker, Yussuff Lasun failed as the two camps failed to reach a consensus and compromise.

Speaking to newsmen after the meeting, Rep. Ahmed Kaita (Kano), a Gbajabiamila loyalist vowed that the group would resist any move by the opposition (PDP) to be in control of the House.

Kaita, who also alleged that there was a plot to remove Gbajabiamila as the House Leader, said that such a move would be resisted, adding Dogara skewed the composition of the House committees in favour of the opposition and failed to adhere to the APC’s instruction over the matter.

“The APC as a party has given Dogara a clear cut instruction five days ago and he was to report back to the party by Monday. But, it was the same on Monday, he decided to flout the rules of the party.

“While we were having a meeting in the National Headquarters, text messages were flying by the same group of people that do not want APC to succeed in this House, that Gbajabiamila was going to be removed.

“And they actually planned it. So we came and they couldn’t do nothing because they know we hold the party and we have the majority and as long as the House is not going to be dictated by PDP, we will resist it”, the lawmaker said.

Kaita further alleged that Dogara was not aligning himself with the manifesto of the APC in piloting the affairs of the House, adding that it was crucial for the speaker to have the support of all APC lawmakers.

Furthermore, Kaita said “If Dogara wants us to be with him, fine and good, he is one of our own and we don’t have any problem with being with him. Only if he can align himself with our party manifestos, he will have a smooth ride because he has the majority in the House.

However, countering the claims of the Gbajabiamila camp, the Chief Whip of the House, Rep. Al-Hassan Doguwa (Kano) dismissed allegations that there was a misunderstanding among the leadership of the House.

He also dismissed insinuations over plots to remove Gbajabiamila as Leader of the House, adding that “we have maintained the status-quo for now and Femi is our Leader in the House of Representatives.

“Speculations made earlier on that there is any move, whatsoever to remove Femi as Leader is unfounded and not from the leadership,’’ he added.

Related Topics:Rift in APC House caucus over committees deepens
Up Next

Rumblings in Senate as Senators kick against Saraki’s 65 committees