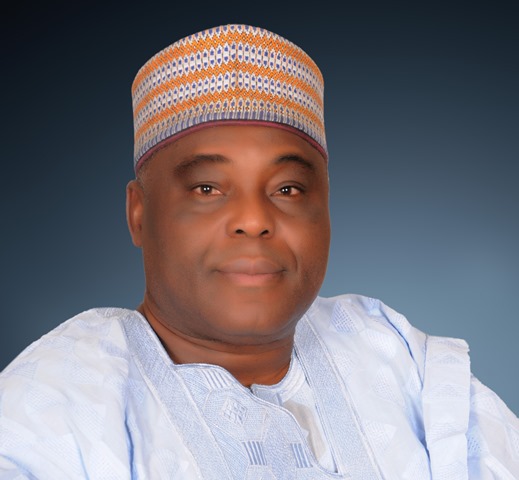 The Peoples’ Democratic Party (PDP) on Tuesday apologised for mistakes it may have made during its 16 years rule in the country.

The Chairman of the PDP Reconciliation Committee, Mr Raymond Dokpesi, offered the apology at a news conference in Abuja ahead of the party’s National Conference slated for Thursday.

Dokpesi admitted that the party might not have met all the expectations of Nigerians while it was power and said: ‘’on behalf of PDP, I tender our apologies’’.

He disclosed that the Deputy President of the Senate, Sen. Ike Ekweremadu’s report on the outcome of the general elections showed that factors that affected the party included abandonment of its laws and internal wrangling.

“We tender unreserved apology to Nigerians for the mistakes and to party members for abandoning the zoning principle of the party.

“We apologise to people whose toes were stepped upon.

“So far, whatever the PDP has done against anyone, we hereby tender an unreserved apology,” Dokpesi pleaded.

The committee chairman admitted that the party deviated from the dream of its founding fathers, adding that members operated without recourse to the rule of law.

He, however, gave an assurance that the party would do all it could to woo its founding fathers back to its fold.

“We are going to have Adamu Ciroma, Alex Ekwueme and some of the founding fathers who were hitherto alienated from the party at the conference to chart the way forward for the party.

“The party in 2010 and 2011 made the first fundamental mistake for not allowing the North to complete its term, but special recommendation were made to allow former President Goodluck Jonathan to complete it.

“The party came again, because they were not courageous enough to allow zoning and they supported the former president, and the party suffered defeat,” he said.

Dokpesi said that the era of allowing a clique to control the party was over, maintaining that the party would decide its future by allowing the people to own it, irrespective of status.

He said that the committee’s mandate was to restructure the PDP by allowing the youth to take ownership of the party in driving national growth.

He explained that sequel to the 2015 general elections, the party deemed it fit to have a conference that could help correct the error it made in the past in order to aid its return to power.

Dokpesi emphasised that for the party’s national conference to be meaningful, it must have youth representation comprising a male and a female from each local government area across the country.

According to him, youths whose age must not be more than 30 years, with a minimum of a degree or its equivalent, will take ownership of the party.

He said that the current ‘’change’’ as being championed by the All Progressives Congress (APC) was not enough to generate tension as being witnessed in the country, adding that what the ruling party needed was to chart a course for the country’s future.

According to him, what the country currently has under President Muhammadu Buhari does not have youth representation.

Related Topics:RESTITUTION! PDP apologises to Nigerians for 16-years of failure
Up Next