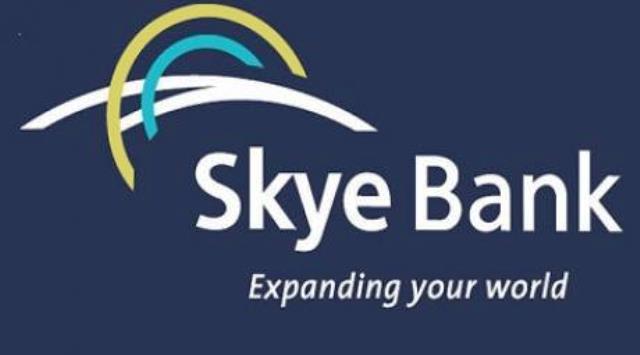 The Central Bank of Nigeria (CBN) has imposed a fine of N4 billion on Skye Bank Plc for failing to render appropriate returns on accounts of some government institutions and agencies.

This is contained in a statement by Skye Bank to the Nigerian Stock Exchange (NSE).

The bank said that the fine imposed by the apex bank was misdirected since it did not conceal any information of the accounts from the central bank.

Skye Bank said that significant portion of the money for which penalty was applied belonged to the state-owned energy company NNPC Pension Funds and National Assembly Legislative Aides account balances.

It said that the sum of N40 billion for which the fine was imposed on it came from NNPC account balances it had received a communication from the oil giant excepting it from the Treasury Single Account (TSA) operations.

Skye Bank said it received “a communication from the NNPC forwarding a letter from the Accountant General of the Federation on the treatment of NNPC funds.

“By the communication, the bank is advised that an 18 business day window had been granted by the Vice-President, Yemi Osinbajo, within which a plan for the orderly withdrawal of the NNPC funds will be implemented’’.

The statement said that Skye Bank had commenced engagement with the apex bank with a view to bringing the issues to the attention of the banking sector regulator and seeking a review of the penalty.

It will be recalled that CBN recently sanctioned First Bank N1.87 billion for refusal to remit about N37.55 billion belonging to the state-owned energy company.

UBA was sanctioned for also refusing to remit the deposit of the energy firm into the TSA as at when directed.

RESTITUTION! PDP apologises to Nigerians for 16-years of failure