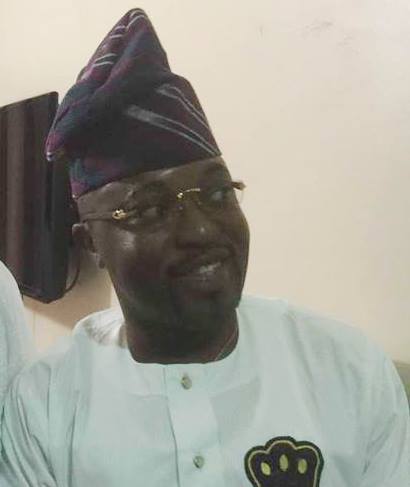 Otunba Gani Adams, National Coordinator, Oodua Peoples’ Congress (OPC) and Convener of the Oodua Progressive Union (OPU), Thursday described the people of Iwo, state of Osun as the ‘people after God’s heart owing to the precedent and history of the new traditional ruler, Oba Olawale Rasheed.

Gani Adams in a congratulatory message said that the king is a consummate royal personality whose deeds and acts since his ‘sojourn on earth have been noble’, ‘kingly’, ‘regal’ and ‘royal’.

The OPC National Coordinator said, “His selection as the prince to sit on the seat of his fore fathers was never a surprise to me because he has been born with the aura of a wonderful king.”

He revealed that the ascension of Oba Olawale Rasheed, as the new Oluwo of Iwo will be watershed and opening of new vista in the history of existence of Iwo and the annals of history of the good people of Iwo.

Otunba Gani Adams however said that the Iwo people would soon realize that they have made a divine choice of an Oba. “Oba Olwale’s era will bring unprecedented development in socio – economic sector which is waiting for improvement in the town”, he added.

He called on the new Oba not “to forget or jettison the pristine traditional culture and ethics of the Obaship institution, which are the fundamentals of reigning successfully.”

Otunba Adams pointed out that the ascension on the throne of Oba Akanbi has made him the head of all, adding: “I mean ALL and EVERY other persons, or things, whether animate, inanimate, seen and unseeing in Iwoland. Thus it behoves you, kabiyesi, to ensure the observation of all rites and pacification of all the elements of reign in the town so as for things to be how it should be.”

Adams called on the people of Iwoland to rejoice and gird their loins in support of the new Oba, “who is going to transform Iwo to an enviable town never witnessed before.”

He also commended Governor Rauf Aregbesola of Osun State for allowing the traditional process to go through without official interference, thus ensuring peaceful enthronement of agent of change in Iwoland.

Related Topics:New Oluwo's tenure will be memorable – Gani Adams
Up Next