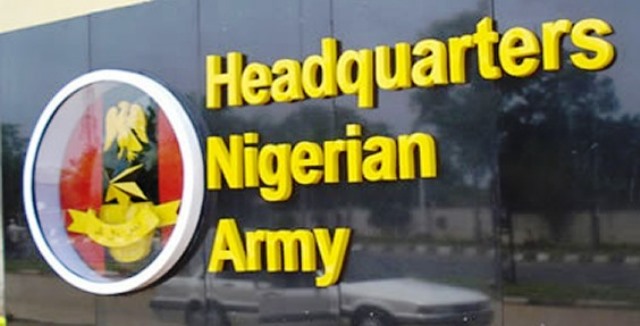 The Nigerian Armed Forces have dismissed media reports claiming there is a plan by Boko Haram terrorists to attack some south western states of the country.

The Defence Headquarters on Saturday said the claims were not only baseless but lacked substance in its entirety.

“It should be disregarded,” the military stressed.

A statement by the Defence Headquarters said “more worrisome is the claim that the terrorists have infiltrated the western states”.

“While the military and other security agencies have made tremendous successes in degrading and decimating the terrorists who are now in disarray having lost their centre of gravity, camps and their source of logistics.

“It would be unthinkable to raise these unfounded rumours of Boko Haram terrorist planning attack in not only in the west but any other part of the country for that matter.”

The statement further said that the coordination and synergy between the military and other security services, which led to the arrest of some ring leaders of the terrorist group in some states, was instructive to their incapability to wage any coordinated attack.

The military further urged Nigerians to be wary of suspicious individuals or groups in their localities and to report such to security agencies for prompt action.

“This war is Nigeria versus Boko Haram terrorists, hence it requires collective contribution of all Nigerians for timely ending of this terrorism.”

The Armed Forces also appealed to Nigerians, particularly in the western part, not to lose sleep over the unfounded and fictitious reports and to go about their normal and legitimate businesses, as the Defence Headquarters and other security agencies were monitoring the situation with all seriousness.

The Nigerian Armed Forces are waging war against the Boko Haram terrorists, with their strong hold in the north-west, to end their activities before the end of December in line with a directive from President Muhammadu Buhari.

The President had in August mandated the military to end the over six years activities of the terrorist group that has pledged their allegiance to IS, another terrorist group which carried out attacks in Paris, France on Friday.

Related Topics:Nigeria: Army debunks claims of planned attack in South-west
Up Next