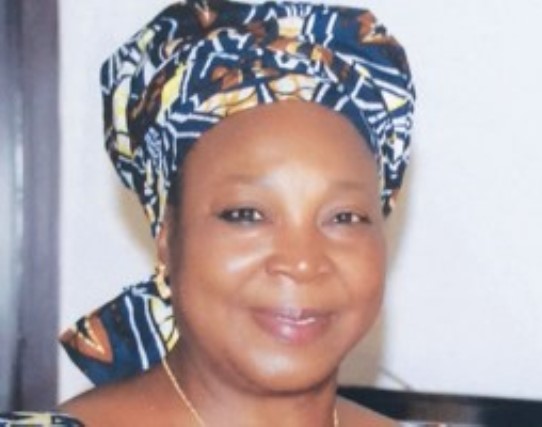 Mrs. Ann Darius Ishaku, wife of Taraba state governor, has said, the welfare of the less privilege people in the society would remain her priority as a mother of all Tarabans.

She stated this on Sunday at a thanksgiving Mass held at St. Peter’s Catholic Parish Amadu in Takum local government which was organised by St. Augustine Tiv Catholic Community.

Mrs. Ishaku noted that her passion for the plight of the less privilege and the needy in the society was the brain behind her ‘Hope Afresh Foundation’ aimed at empowering the less privilege as well as women and youth by giving them skills that could make them self-reliant.

“As a wife of the governor and mother, I am in a best position to carry the cries of injustice and marginalisation of the people been governed by my husband to him. I have heard your cries and I will convey same to His Excellency,” she added.

She said her pet project, ‘Hope Afresh Foundation’ has commenced operations in Jalingo the state capital would soon be extended to other parts of the state and promised to carry all along, irrespective of political, religious or other considerations.

Ann Ishaku was reacting to the request by Ms. Margaret Tor-Mchivga who spoke on behalf of women for the establishment of a skill acquisition centre in Chanchanji to help provide skills and jobs to women and youths in the area.

Ms. Margaret who extol the virtues of Mrs. Ishaku describing her as ‘Esther of our time’ appeal to her to carry all segments of the state along, even as she pledged the support of the women in the area to the governor.

Earlier in his homily, Rev. Fr. Simon Akuraga called on the wife of the governor to support her husband with good ideas that would help the governor administer the state well.

He urged her to support her husband to run an all-inclusive government without discrimination on the basis of tribe or religion, saying it would not only foster peace, but bring even development to the state.

Related Topics:Plight of less privilege my priority – Mrs. Ishaku
Up Next