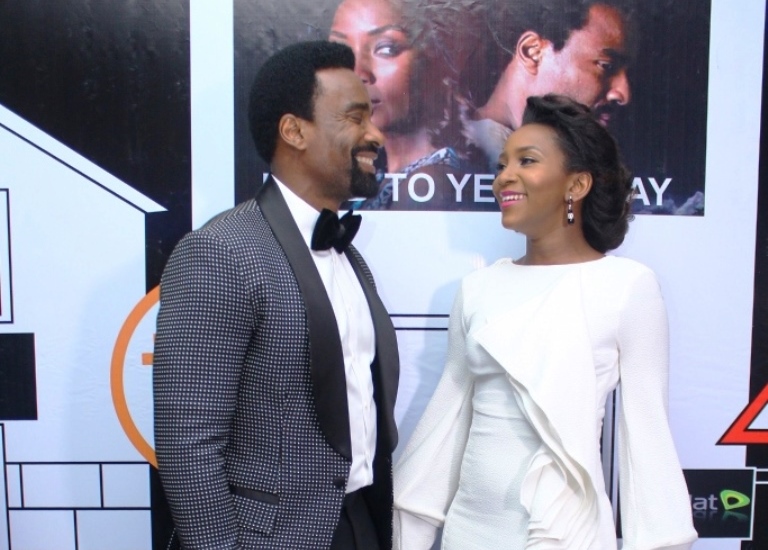 Multiple award-winning Actress Genevieve Nnaji and Actor Oris Erhuero have brought the curtain down on the 2015 African International Film Festival (AFRIFF) with the new film ‘Road to Yesterday’. The feature length film produced by The Entertainment Network (TEN) closed the seven-day film festival with astounding reviews.

Road To Yesterday, a romantic thriller, trails a couple desperate to mend a broken marriage on a road trip to a relative’s funeral. However, the journey itself throws up secrets from a distant past, imperilling a lot more than just the marriage.

Genevieve Nnaji, who stars as the conflicted wife, Victoria Udoka, called the closing night gala “an honour” as she graced the red carpet in Lagos’ Genesis Deluxe Cinema alongside co-stars Oris Erhuero, Chioma ‘Chigul’ Omeruah, and Ebele Okaro as well as the film’s director and co-writer Ishaya Bako.

Bako, whose series of highly acclaimed festival favourites, including the award winning “Braids on a Bald Head” said it is “amazing” to be given the honour to close the festival.

He said: “AFRIFF is a very important part of our industry. Nigerians are great producers of film so I’m thrilled that our movie was given such an honour.”

Road to Yesterday was shot at locations across Lagos, with a proudly Nigerian cast and crew that celebrate the depth of local talent. With the support of Africa Magic, Road to Yesterday attains a technical quality that speaks to the impressive potentials of homegrown production.

Road to Yesterday opens in cinemas nationwide on November 27.

Related Topics:Erhuero brought the curtain down on AFRIFFGenevieve
Up Next

War against corruption will be fought within the law, Buhari assures