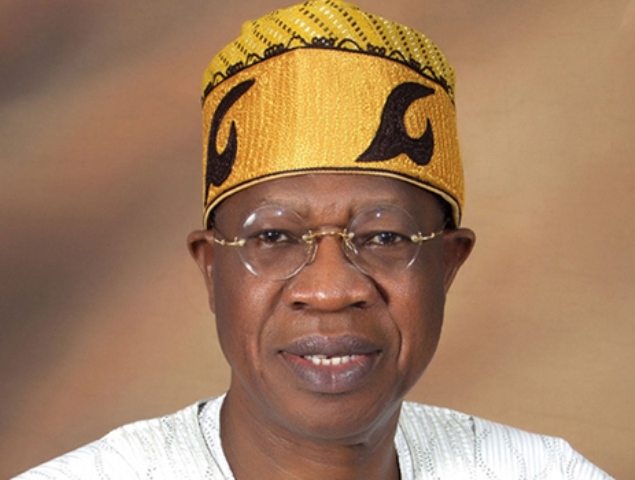 Mr Lai Mohammed, Minister of Information and Culture on Monday dismissed as a contrived distraction, the alleged fraud in the Treasury Single Account (TSA) and the rumoured diversion of the TSA funds to bankroll elections in Bayelsa and Kogi States.

In a statement issued in Abuja on Monday, the Minister said that if those behind the accusation had allowed themselves some measure of honesty, they would have realized that there has not and there will be no such impunity under the administration of President Muhammadu Buhari.

“It is understandable that the psyche of those who are making the frivolous allegations concerning the TSA has been badly affected by the impunity that permeated the country under the immediate past administration, when unappropriated funds were freely used to finance elections and the public till was seen as an extension of personal piggy banks.

”But the lies that have been wilfully disseminated by scandalmongers over the TSA cannot and will not fly, because it was precisely to put an end to such impunity that Nigerians voted massively for President Muhammadu Buhari, who has an unblemished reputation for integrity, due process, transparency and the rule of law,” he said.

The Minister assured Nigerians that no one has tampered with the TSA funds, saying though the TSA was initiated under the previous administration, the reason it has begun to enjoy a new lease of life and attract national attention is because of the political will and transparency demonstrated by President Buhari.

“Those behind the rumour that a single company, Systemspecs, made N25 billion from charging 1 per cent of TSA funds that passed through the company’s software, REMITA, may need to return to elementary school to get some lessons in arithmetic.

“This is because in order for 1 per cent charge to fetch N25 billion, the funds accruing into the TSA must have reached N2.5 trillion. Yet, the total amount of funds in the TSA to date is still much less than 2 trillion.

“More importantly, at the time the Governor of the Central Bank of Nigeria (CBN) ordered that all monies that were erroneously charged as ‘revenue’ be returned to the TSA Account late last month, the TSA had less than N800 billion. It therefore beggars belief that anyone could attempt to mislead the public by raising a false alarm that a firm made N25 billion in TSA charges,” Mohammed said.

He appealed to Nigerians not to allow those who have been funding their lavish lifestyles and encouraging corruption, to the detriment of ordinary citizens and without bothering about national interest, to sabotage the laudable TSA programme with contrived lies, dangerous innuendoes and outright misinformation.

Related Topics:Lai Mohammed debunks alleged fraud in TSA
Up Next