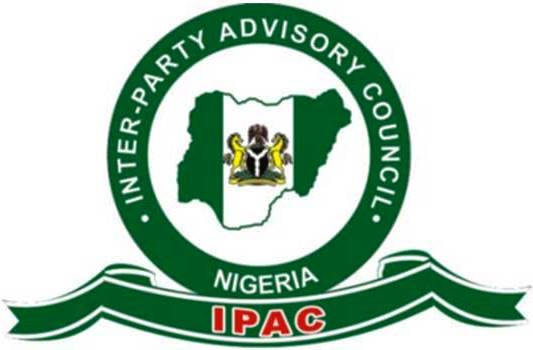 The Inter-Party Advisory Council of Nigeria, IPAC has removed its Secretary, Mr Godson Okoye and Deputy Secretary, Mr Rasaq Eyiowuawi for violations of the Council’s Code of Conduct.

This was the outcome of the meeting of its General Assembly on November 11 and 12, 2015, according to a statement by IPAC Publicity Secretary, Ogbuehi Dike.

The meeting which had 21 political parties and the Independent National Electoral Commission, INEC in attendance, had received a report from a Committee set up earlier to determine cases of violations of Political Parties Code of Conduct 2013 brought by the Executive Committee against Mr Godson Okoye and Mr. Rasaq Eyiowuawi.

“A Committee set up by the General Assembly of IPAC and chaired by the National Chairman of Hope Democratic Party, Chief Ambrose Albert Owuru had, after investigating the charges of misconduct against Messrs Okoye and Eyiowuawi, presented a report to the Council’s General Assembly on 12th November 2015 on violations of Articles 5 and 10 of the Political Parties Code of Conduct against the two national officers and recommended their removal.

“The two officers were invited to defend themselves but they declined, without giving reasons for doing so. In his reply to the invitation by the Chairman of the investigation committee, the Deputy Secretary wrote, ‘Don’t ever in your life send me these messages again’,” the statement read.

The IPAC Election Committee has requested political parties interested in contesting any of the two positions to send in their nomination on or before Wednesday, November 18, 2015. INEC is required to supervise elections into the IPAC Executive Committee.

IPAC had conducted an election into its Executive Committee on July 24, 2015 in which the National Chairman of Peoples Democratic Movement, Bashir Yusuf Ibrahim emerged as Chairman of the Council to defeat his opponent Mr Peter Ameh of Progressive Peoples Alliance.

Ameh had since approached the Abuja Federal High Court to challenge the election.

The Political Parties Code of Conduct 2013 was written and adopted by Nigeria’s registered political parties on July 16, 2013 to regulate their conduct. It also doubles as the governing regulation of the Inter-Party Advisory Council.

I will not attend TSA meeting, it is fraud against Nigerians – Fayose