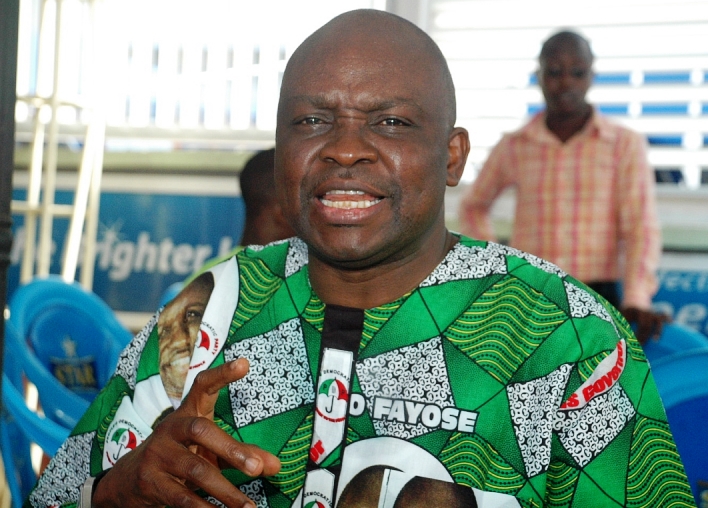 Mr Ayodele Fayose, Ekiti State Governor, has said that he would not attend the meeting called by the Federal Government with state governors on the Treasury Single Account (TSA), saying the State Government was not interested in the TSA policy.

In a press statement issued on Sunday, by his Special Assistant on Public Communications and New Media, Lere Olayinka, the Governor said that the TSA policy was a fraud against Nigeria and its people.

He queried the role and the identity of the owners of REMITA, a company which he alleged that the All Progressives Congress (APC) was using to siphon funds to execute the Kogi and Bayelsa States governorship elections.

“From all intent and purposes, this TSA policy is aimed at recouping money spent on the last general elections by the APC, as well as raise money for future elections, especially the Kogi and Bayelsa States gubernatorial poll.

“It is also meant to enrich some individuals for doing virtually nothing and that can be seen from the discovery of N25 billion that already accrued to just a single company in one month.

“How can the Federal Government justify a transaction in which a single company gets one percent, amounting to N25 billion in one month?

“In this economic situation that Nigeria is, shouldn’t the one percent commission have been negotiated downward to like 0.1 percent which would have reduced the N25 billion to N2.5 billion?

“Even manufacturing companies, with thousands of employees don’t make N25 billion profit in one month.

“Therefore, what Nigerians are expecting from the Federal Government is explanation on the alleged N25 billion naira scam already associated with the operation of the TSA, instead of calling State Governors to a meeting that is aimed at imposing the TSA policy on the States,” he said.

“Ekiti State is entitled to its own policies and it is not under any obligation to accept Federal Government policies, especially the TSA that is already robed in the garment of fraud.

Related Topics:I will not attend TSA meetingit is fraud against Nigerians – Fayose
Up Next

OPINION: Fashola and the burden of office By Femi Shodunke