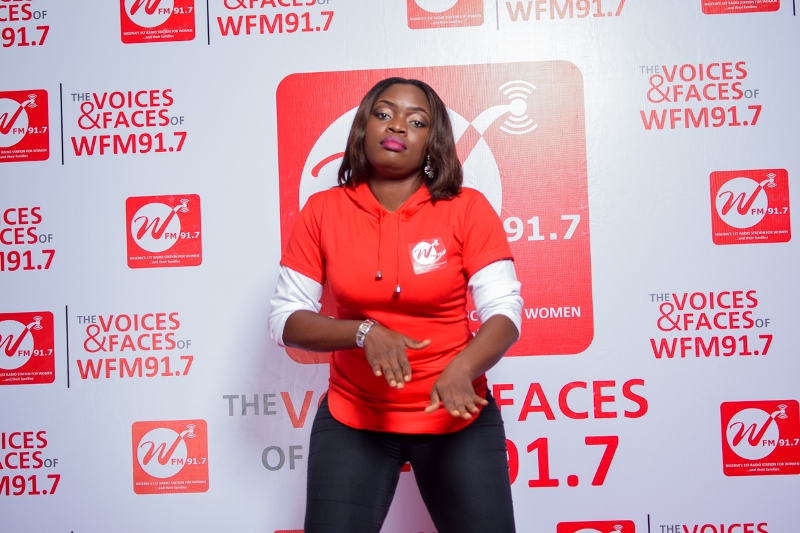 The epoch-making event made the gender-sensitive radio outfit the first radio station for women and the family to broadcast live in Nigeria, perhaps in the whole of sub-Saharan Africa.

Voices of the station’s highflying OAPs (on-air-personalities) hits listeners’ rediffusion receivers/sets in their homes, cars and offices, live on Monday morning starting up the week in festive mood.

Listeners were treated to the excitement that is to come when the station’s voices of Abisola Grace Aiyeola, Funmi Jinadu and Bolatito Bez Idakula boomed live on the station’s 91.7 frequency modulation (FM) channel.

The station whose owners and operators, St. Ives Communications sought and acquired licence to establish and run as specialized radio station comes with clean, clear signals that has been adjudged the best in the industry by pundits. This is more so as WFM 91.7 is reputed to be operating on the very best and latest in broadcast technology. This explains the quality of signals of the station. The station’s broadcast equipment are manufactured by Clyde Broadcast, a Glasgow, Scotland-based world renowned radio broadcast equipment manufacturer.

In less than 24 hours of the commencement of its live transmissions, WFM is already receiving commendations from listeners who are praising the quality and cleanliness of its signals. Bekky Solaate, a resident of Alausa, Ikeja Lagos disclosed that “it is as if they (WFM) are right inside my living room. The signal is so clear. I think the station has a great future,” she said.

Another listener, a lady who simply gave her name as Rebecca, called-in from Shagamu, Ogun State could barely hold back her excitement. “I congratulate your station for this achievement. So we women now have something we can call our own. I thank God for this,” she said. When asked to comment on the stations signals in her location, Rebecca reply: “It’s loud and clear here.” Biola from Lekki and Hakeem from Sagamu commended the clean and clear signals.

A couple of other callers including male listeners attest to the clarity of the station’s signals across several locations mostly in South-West Nigeria.

Attempts to reach the brains behind the niche radio outfit, Dr. Babatunde Okewale, Chief Medical Director at St. Ives Specialist Hospital, Lagos and veteran broadcast journalist, Toun Okewale Sonaiya, Executive Director at St. Ives Communications and Managing Director of the broadcasting outfit proved abortive as they are said to be busy putting finishing touches on the planned launch of the station in the weeks ahead.

Related Topics:History as WFM 91.7 hits the broadcast waves live
Up Next

Fayose’s aide gets death threat over statement to Lai Mohammed