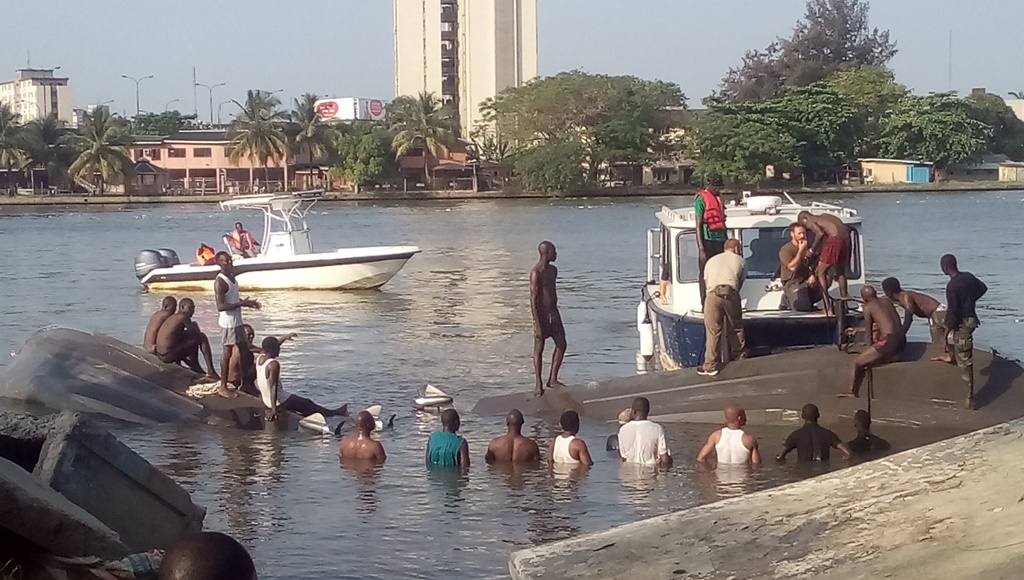 …As soldiers losses AK47 in water

The fishermen with some of the victims rescued

The boats have three Americans, two armed soldiers each on board.

NEWSVERGE reporter who was on-sight gathered that the victims were in a separate boat with one of the boats running at a high speed on the water.

An eye witness told NEWSVERGE that it was wave of the water that threw the one on high speed off balance to hit the second boat which up-turned the two boats and their occupants into water.

The mishap which happened around 4:00pm met fishermen on water who immediately dived into the water to rescue the victims but the soldiers’ AK47 could not be recovered.

Meanwhile, attempt to speak with the United States Embassy as at the time of filing the report proved abortive as no one could be reached.

The fishermen in search of other victims