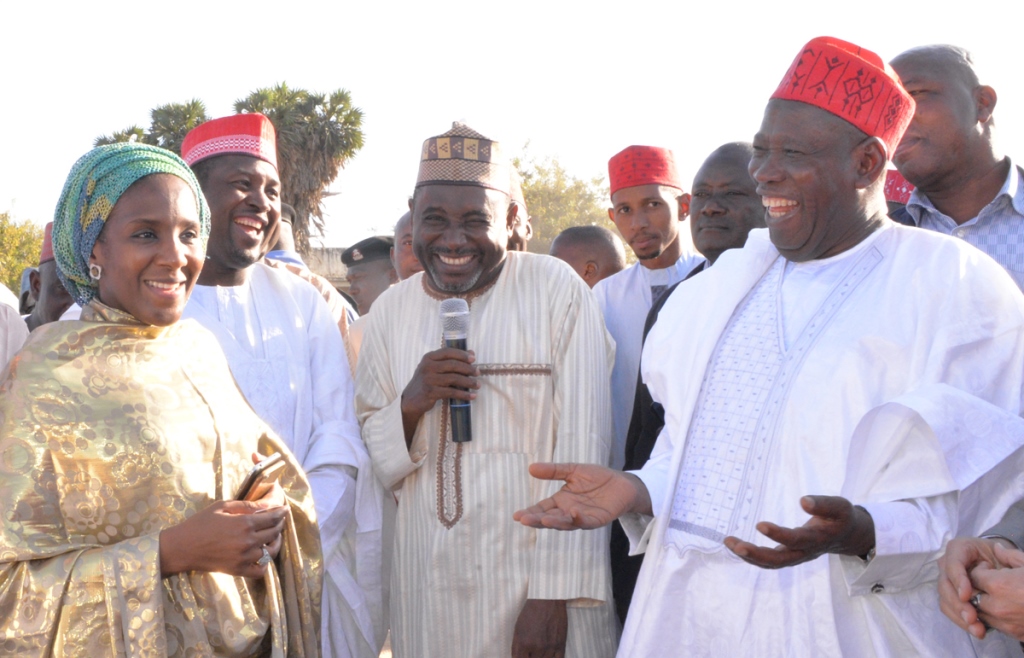 Chief Executive of the Dangote Foundation Ms Halima Dangote has revealed that the ongoing construction of a multibillion naira State-of-the-Art Operating   Theatre   and   Diagnostic   Centre   at   the   Murtala Muhammad Specialist Hospital is due for completion next year.

Ms Dangote made this revelation when her team visited the Kano State Governor Dr. Abdullahi Umar Ganduje at the weekend.

She said the Operating Theatre and Diagnostic Centre will cost the Foundation a staggering N7billion.

She attributed the earlier delay to technical hitches and said the new contractor-Dantata and Sawoe- have returned to site.

She   also   said   that   the   Routine   Immunization   programme   of   the Foundation is being extended to Bauchi, Yobe, Maiduguri and Katsina.

She   added   that   the   Foundation’s   Business   School’s   Project   at   the Bayero University Kano has gulped   N524million, even as it injected N500million into Kano School of Technology.

Ms Dangote also revealed that the Foundation is determined to build a 500MW of electricity station in Kano.

She described some of the projects as “game changing projects” to be completed in the next two years.

Responding, the state Governor Dr Dr. Abdullahi Umar Ganduje said the President of the Dangote Group Aliko Dangote has done a lot for the Kano people, and the people of Kano will remain grateful forever.

He singled out the contribution of the Foundation to the fight against polio disease, adding that it was indeed a massive intervention.

He said with the help of the Dangote Foundation, the State will soon be given its Polio Free Certificate.

“We are ready to do anything to support your effort,” the Governor said.

He   further   described   the   Dangote’s   intervention   at   the   Murtala Muhammad Specialist Hospital as massive, saying the hospital is one of the oldest in West Africa.

The Foundation has also completed the construction of seven out of the eleven Primary Health Care Centers it is building in the State.

At a handover ceremony of one of the health care centres at Gwale Local Government, Ms Halima Dangote said the construction of eleven health   centres   in   the   state   will   cost   the   Foundation   a   whooping N72million.

Speaking at the handover ceremony, Ms Dangote said her father Aliko Dangote would prefer that most of his interventions are not mentioned in public for Allah’s sake.

She however said the Foundation that she heads will continue to assist the poor and support government’s efforts around the world.

He urged the people of Kano to always pray for Alhaji Aliko Dangote and support the Dangote Group.

The   State’s   Permanent   Secretary   in   the   Ministry   of   Health   Abba Kailani expressed government appreciation and promised to support the health care centres through staffing.

Related Topics:Dangote assuresN7bn Kano hospital to be completed in 2016
Up Next

Synagogue trustees, others for trial over death of 116 persons Monday