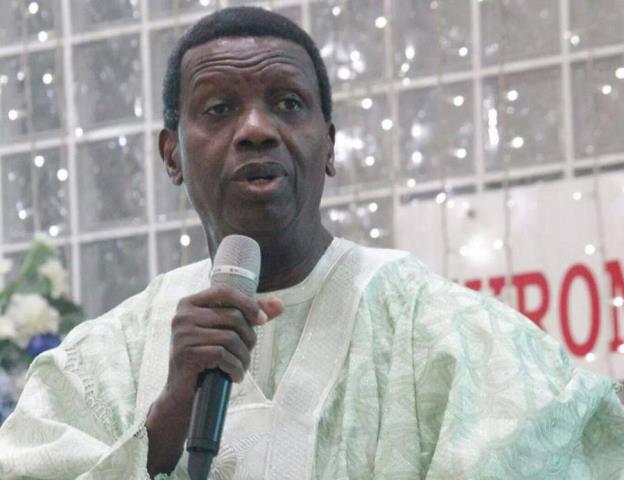 The long battle of ownership of the land where the Redeemed Christian Church of God (RCCG) built its 3 kilometer auditorium between the Olowoto-Olisa Chieftaincy family of Ewu-Odofin village, the United Bank for Africa (UBA) Co-Operative Multipurpose Society Limited (Claimant) and the Registered Trustees of the RCCG (Defendant) took a new turn recently when the RCCG engaged the services of land speculators, ‘Ajagungbale’ and men of the Nigerian Police to sack the Ewu-Odofin villagers from their community.

Ayodeji explained that the aged Baale of the Community was beaten to stupor and the Police arrested some men in the community while others escaped through the bush.

NEWSVERGE gathered that the land tussle dispute started in 2009 but an application was filed with suite NO: HCS/114/2010 held in the High Court of Ogun State in the Sagamu Judicial Division Holden at Sagamu, the claimants, Chief Adeboye Jaiyesimi, Alhaji Jamiu Ayodeji, Chief Jinadu Basawe Obisola, Chief Adebonpe Oduntan and Ganiyu Ayodeji, for themselves and on behalf of the Olowoto-Olisa Chieftaincy Family are challenging the Registered Trustees of Redeemed Christian Church of God and Pastor Enoch Adejare Adeboye.

Counsel to the claimants, Yomi Omodele & Co is praying “the court should ensure justice in the case as a Church of God should not be so found in any act of injustice, but should be an agent of peace and representatives of God among men.”

In an amended statement of claim, the claimants claim ownership of all that expanse of land lying, situates and being at Olowoto-Olisa Chieftaincy family land, Ewu-Odofin village, via Shimawa, Sagamu Local Government Area, Ogun State, which forms the basis of the suit.

The claim reads further that the land being the family possession from time immemorial without any disturbance from anybody whatsoever was recently noticed to have been trespassed and or encroached upon by the defendants.

The claimants, however, claims against the defenders as follows: a declaration that the unlawful entrance of the defendants into their land herein without their consent constitutes acts of trespass by the defendants on the claimants’ land.

The family also desire an order of the court awarding general damages in the sum of N500,000 only against the defendants in favour of the claimants for trespass to the claimants’ land.

However, in another suit NO: HCS/114/2010 between the family and the Registered Trustees of the Redeemed Christian Church of God and Pastor Enoch Adejare Adeboye, the defendants deny each and every allegation of fact contained in the Claimants Statement of claim as if each were specifically set out and traversed seriatim.

In one of the paragraphs, the defendants aver that the land in dispute is owned by the RCCG whose head office is 1-9, Redemption Way, Ebute-Metta, Lagos.

On the 12th November, 2013, the RCCG lawyer, Pastor Ayodele Oladeji, wrote to the Principal Partner of the family with title – RE: AMICABLE RESOLUTION OF LAND DISPUTE: ALH. JAMIU AYODEJI & ORS VS. RCCG SUIT NO. HCS/114/2010 & CA/I/M5/2013 said “the Church agrees to pay a ratification fee of N15, 000,000.00 (Fifteen million Naira only) while both sides of the family will sign the ratification deed prepared by the Church” but on the 26th of November, 2013, the RCCG legal officer again wrote the Principal Partner of the family with title – RE: SUIT NO. HCS/114/2010 & CA/I/MS/2013 cancelled the propose out of court settlement it had offered the Claimants even after the lawyer to the family had withdrew the matter from court.

Even as the suit again comes up on 14/01/2016, the Olowoto-Olisa Chieftaincy Family has vowed to continue their legal suit to retrieve their landed property allegedly taken over by the Redeemed Christian Church of God (RCCG).

In a separate suit, the United Bank for Africa (UBA) Co-Operative Multipurpose Society Limited challenged the ordersity of the RCCG on the land in Ewu-Odofin village before the High Court of Ogun State in the Sagamu Judicial Division Holden at Sagamu, praying for Interlocutory Injunction restraining Trustees of RCCG.

Meanwhile, Justice E. O. Osinuga, in her ruling on the 1st of April, 2015, with suit No: HCS/01/2015 granted the order of Interlocutory Injunction restraining the Defendants (Trustees of RCCG), agents, servants, privies and representatives from carrying out or continuing to carry out any form of construction on the landed property covered by Survey Plan No. OG/854/2013/60 drawn by K. A. Lawal (Registered Surveyor), dated October 31, 2013 located and situated at Ewu-Odofin village, off Shimawa Road, Sagamu Local Government Area of Ogun State, measuring 124494.753 square metres (30.763 acres), pending the determination of the substantive suit.

When NEWSVERGE sought for clarification from the leadership of the UBA Co-Operative, a top notch of the society who preferred anonymity confirmed that the RCCG has encroached on about ten (10) acres of land belonging to the society.

He said despite the court injunction on the said land, the Church has continued to ignore the order and kept on working on the land.

The source maintained that though the society does not have the power to wrestle with the church, it is banking on the January 14, 2016, for the final judgment praying that the court would deliver true justice.

The source also alleged that the Church has continued to disobey the court order because it knew if it prayed for settlement, it would be granted.

“We don’t have money like them and we also have our bank’s cooperate brand to protect and that is why we have opted for legal means to seek justice. We pray that come January 14, 2016, the court will serve true justice.”

Meanwhile, when the RCCG lawyer, Pastor Ayodele Oladeji, was contacted, he said “Sorry please, this matter is before courts of competent jurisdiction and so I cannot comment on it as it is subjudice”.

US to support activists, pledge to stop gender-based violence