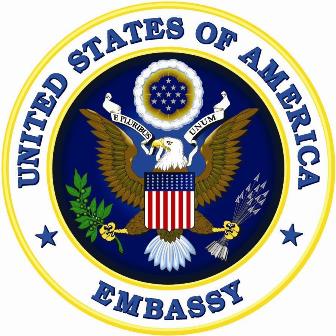 The U.S. Consulate General in Lagos, Mr. Frank Sellin has pledged to support activists from across Nigeria, working to stop gender-based violence.

Sellin said this during remarks for the “International Day for the Elimination of Violence Against Women” that, we must all do more to end violence against women in all its forms, wherever and whenever it occurs.
Here in Nigeria, we are proud to stand shoulder to shoulder with Dr. Joe Okei-Odumakin and everyone who works with her as part of Women Arise.
Sellin explained that, many of you will remember that Secretary of State Kerry awarded Dr. Okei-Odumakin the International Women of Courage Award in 2013, for her work defending womens’ rights, at great risk to herself, and with exceptional courage and leadership.
She has not stopped uder her leadership, Women Arise, with support from the Nigerian movie industry’s Golden Movie Ambassadors, have put together a heartstopping documentary of actual cases of brutality of the kind happening every day.
It is the start of 16 days of Activism Against Gender Violence, a campaign we undertake annually with all U.S. embassies and missions in the world.
Over the next two weeks, U.S. embassies and missions will all be working to raise awareness of the irreparable harm caused by gender-based violence, he said.
The crucial first step is for all of us to be clear in acknowledging it. There can be no conspiracy of silence. It happens Daily in peacetime, and in war. In the home, and in public, last year, Secretary of State John Kerry reminded us all that, worldwide, one in three women will experience gender-based violence in her lifetime.
This violence knows no class, religious, or racial boundaries, when it happens, it comes at a terrible cost. Not only for the woman or girl who, if she survives, will likely end up shortening her education as a result of the violence, and is more likely to abandon her career plans.
Not only because her long-term health is in danger. Not only because she is at much greater risk for suicide. Not only because gender-based violence flattens and shortens the trajectory of a promising human life that could achieve so much more.
Sellin explained that, the human cost also devastates families, communities, and entire countries that depend on the success of all women. Preventing gender-based violence is the only way to achieve a future of peace, stability, and prosperity.
Over the past two years, the United States is pushing harder than ever to battle gender-based violence across the globe.

Related Topics:pledge to stop gender-based violenceUS to support activists
Up Next