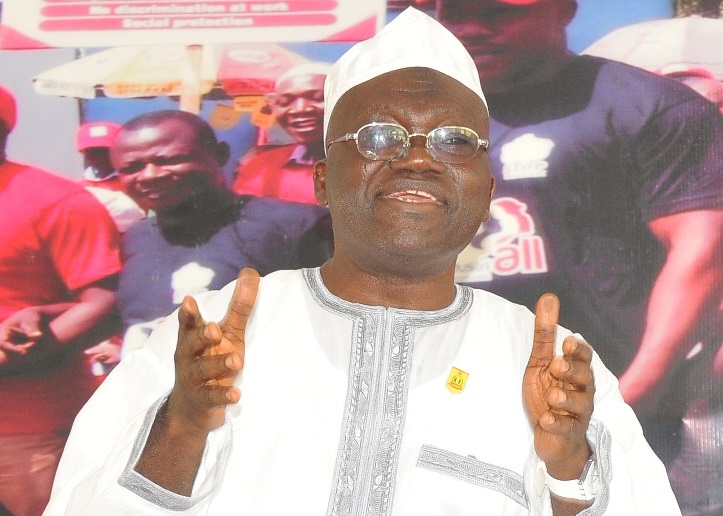 Comrade Issa Aremu, immediate past Vice President of the Nigeria Labour Congress (NLC), Thursday advised governors who are not willing to sustain the 18,000 Naira minimum wage for workers to resign from office.

Speaking at the 18th Joint Annual General Meeting (AGM) of the Manufacturers Association of Nigeria (MAN), Comrade Aremu, said that such governors have no reason to lead the people, or remain in office.

Presenting a paper titled, “Government Patronage of Made-In-Nigeria Products, A Panacea For Industrial Growth and Development”, Aremu noted that one of the ways Nigerians would judge the performance of President Muhammadu Buhari and all the 36 state governors, would be their ability to resuscitate the collapsed industries in the country and create more jobs.

He expressed worry that the nation might be in for more trouble if the alarming rate of unemployment is not properly addressed.

The former NLC Vice President also identified lack of road infrastructure as one of the factors that led to the collapse of the industries.

He appealed to the Minister of Transport, Rotimi Amaechi, to do his best possible, to reinvent the nation’s roads.

Related Topics:000 minimum wageAremu tells GovernorsResign if you cannot pay N18
Up Next