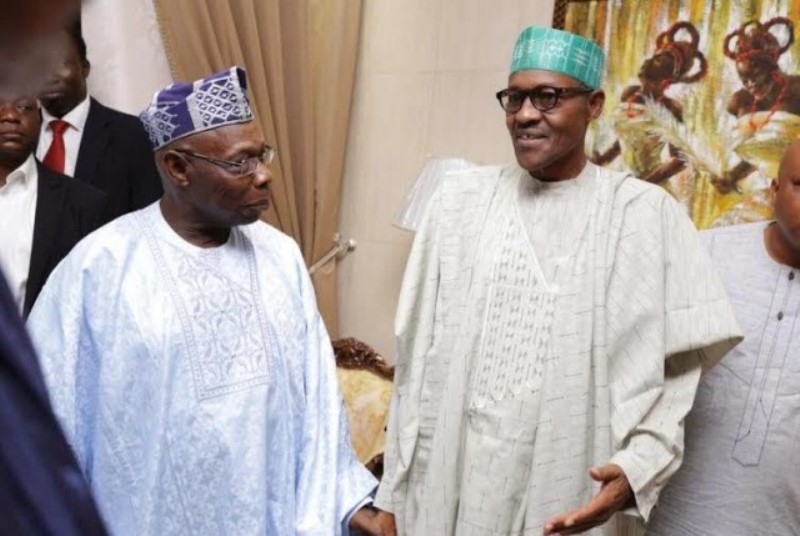 President Muhammadu Buhari Saturday explained why he enlisted the assistance of former President Olusegun Obasanjo to mediate in the political crisis in Guinea Bissau because of his wide political and military experience.

A statement issued in Abuja by the president’s Special Adviser on Media and Publicity, Femi Adesina, quoted President Buhari as saying that he took the decision because Mr. Obasanjo was also strongly committed to the unity of Nigeria and Africa.

The statement said that Mr. Buhari said this at an audience with the President of Guinea Bissau, Jose Mario Bavz at the sidelines of the Summit of the Forum on China-Africa Cooperation (FOCAC) in Johannesburg, South Africa.

“I sent President Olusegun Obasanjo because he is the only person living or dead that has ruled Nigeria for 11 years.

“I served under him as a military Head of State. He has a strong commitment to Nigeria and Africa.

“That was why I looked for him and asked him to collaborate with President Macky Sall of Senegal to stabilise the situation of Guinea Bissau,” he said.

While appreciating President Bavz’s expression of thanks for Nigeria’s support during the crisis in his country, President Buhari told his guest that the “least Nigeria could do is what we did to stabilise your country”.

“You can count on our support at all times,” President Buhari assured the people and government of Guinea Bissau.

President Bavz had said he came to thank President Buhari for everything Nigeria had been doing for his country, adding that he had been looking forward to such an opportunity.

“I am not in a position to assist you but I pray for you every day. I want to take you as my big brother and share from your experience,’’ he said.

He thanked the Nigerian leader for sending former President Obasanjo as a Special Envoy to restore peace to his country.

According to the statement, the Guinea Bissau leader also noted that “Nigeria is part of the solution and stability” of his country. (NAN)

Related Topics:Buhari explains choice of Obasanjo to help on Guinea Bissau crisis
Up Next