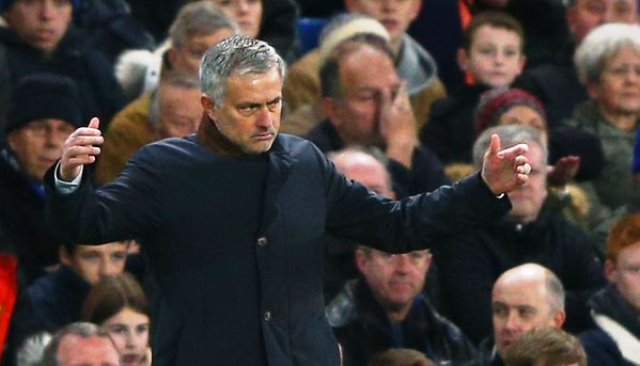 Jose Mourinho, Chelsea manager said a top-six Premier League finish may be the best his side can hope for after an eighth defeat of the campaign against Bournemouth on Saturday.

Substitute Glenn Murray’s 82nd-minute header at Stamford Bridge condemned Chelsea to a 1-0 loss that left them three points above the relegation zone and 14 points adrift of the Champions League places.

Mourinho had previously insisted that Chelsea were still capable of breaking into the top four, but he admitted that he might have to revise his objectives after the champions’ latest abject result.

“Before this game it was realistic to think that our quality would take us out of this position, but maybe now we have to think about top six,” he told Sky Sports.

“I am concerned, of course. There is no chance that Chelsea will be fighting relegation. That is not the problem. It is that our objective is to finish top four.”

Chelsea had shown an improvement in their recent outings, notably in last weekend’s 0-0 draw at Tottenham Hotspur, but Mourinho said that a deep-seated malaise may have taken root with certain players.

“If you analyse matches, and especially match after match, you can clearly identify a few players that it is difficult for them to be consistent,” he said.

“Sometimes you feel there is an evolution, but the next day you realise there is no evolution. You realise that was an individual moment where the player did better than he’s doing.

“To get results, you have to be consistent, and we have not been consistent because of some individualities.”

Mourinho felt that his side had been denied a “clear penalty” when a cross from Diego Costa struck the prone Simon Francis on the arm and also suggested that Bournemouth had indulged in time-wasting.

“They played in a way that some call intelligent, some say is not fair play,” he said.

“They were taking time, calling for the medical department and drinking water like it is a basketball time out.”

Bournemouth manager Eddie Howe said his side’s win was “the biggest result in the club’s history” after seeing them haul themselves out of the relegation zone.

“I don’t think we have defended too badly (this season). It’s just been individual mistakes and setbacks,” said Howe, whose side are now only two points behind Chelsea.

“But the players have come in and worked hard for the next game and tried to improve themselves. It was really emotional in the dressing room afterwards, so I’m so proud of them.” (AFP)

Related Topics:Mourinho makes U-turn on EPL top 4 after defeat
Up Next