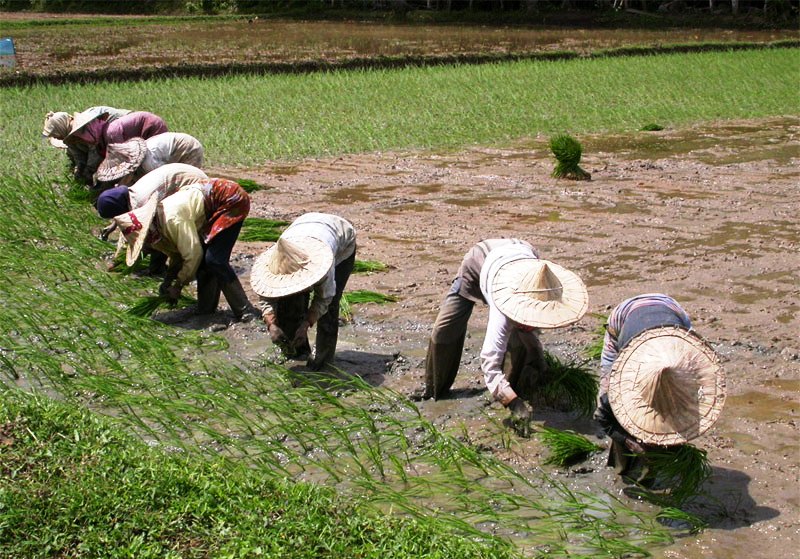 Federal Government has intensified its effort in seeking for partnership with the private sector for the development of agriculture in the country, which they said would drive the sector.

Rice farmers on the farm

Engineer Jatto Ohiare Badams, Director of Agribusiness and Market Development, Federal Ministry of Agriculture and Rural Development, told our correspondent at the Agra Innovate Nigeria 2015, held in Lagos recently, that government has put in place measures to encourage private sector participation in the development of agriculture in the country.

Badams, added that it is very important to encourage private participation, as government would not fail to create enabling environment for the private sector to drive the sector.

The Director noted that Nigeria was ready to tap into agriculture development experiences from China in the production of more food for the people.

On the Chinese government’s $20billion investment plan for Africa, Badams said, “Already there is a process in place where by , Federal Government are going to take a conditional loan from China to set up 40 numbers of rice mills in the country. The process is almost completed and when is completed with that fund. Nigeria is going to have 40 numbers of rice milling plant in the country that is going to boost our rice process capacity as well as 18 numbers high quality of cassava flour that will able us substituted some substantial amount of wheat flour with high quality cassava flour”.

According to him on banning importation rice into the country, it is not about having good quality products like rice in the country, but we should also been talking about how much do it cost the people to have that products.

“For instance Nigerian rice, we have beautiful rice in the country, but what does it cost to produce a bag of rice taking into consideration the cost of the paddy of rice , the cost importation of the rice, the cost of milling of the rice compared to a 50 kg of rice that is imported form the Asia countries.

“It will be such that apart from the fact that our rice compete very well in term of quality to the ones be imported. The coat too will be such that it should be the same thing or lower, so that naturally, importation of rice into the country would stop but as long as is still better for somebody to go and import rice than to process rice in the country, we will continue to have importation of rice into the country because the cost of production is very critical”, he said.

Speaking at the event, Director of Agric Service, Lagos State Ministry of Agriculture and Corporative, Dr. Wola Onasanya, said that   private sector investors should considered investing into the state in the area of rice production , fishing and aquaculture.

He added that the state government has put in place measures and incentives to encourage and support the investors who would invest in the state.

The Coordinator of the Nigeria Agribusiness Group, Mr. Emmanuel Ijewere, said that the event was a platform for leading private and public sector agribusiness stakeholders which created new domestic and international business partnerships and collaboration in the nation’s largest sector.

The event brought together over 50 firms and institutions from more than 20 countries and regions, including Spain, Italy, France and South Korea.

Most participating exhibitors are from the host country, Nigeria.

Related Topics:FG eye partnership with private sector on agricultural development
Up Next