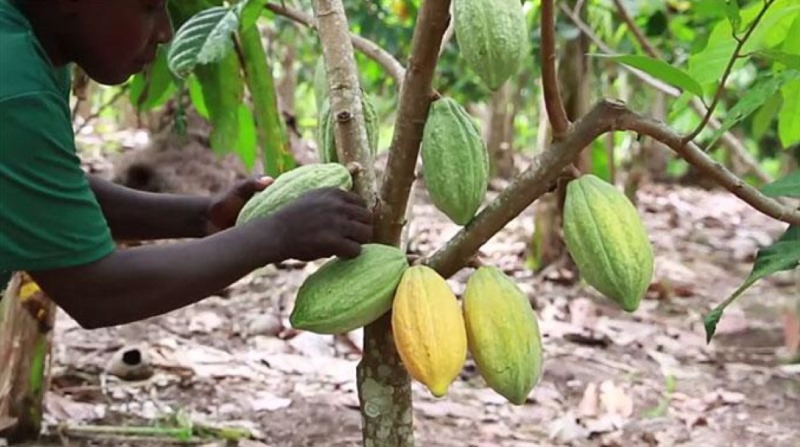 Ogun State Government is making plans to create three cocoa reserves at the three Senatorial Districts of the State to enable cocoa farmers have a hitch-free cultivation process and warns against deforestation of forestries in the State.

The Commissioner for Forestry, Mr. Kola Lawal, gave this warning at the Joint Awareness Campaign with the Ministry of Agriculture against the destruction of economic trees in the State Forest Reserves, held at Cocoa Association of Nigeria Hall, Atakiobo, Ogbere, in Ijebu East Local Government Area.

Mr. Lawal explained that it was illegal for any farmer to fall trees for the purpose of planting cocoa warning that any defaulter would face the wrath of law.

“We cannot continue to destroy our forest reserves in the name of planting cocoa, the forest reserve are sources of revenue for the Government and no farmer should be found destroying that, but in order to find a lasting solution to the problem of planting cocoa in the State, we have to create cocoa reserves at Ogun East, West and Central”, Lawal said.

The Commissioner admonished farmers to search for desired land space at each Senatorial district as Government would be responsible for its acquisition, adding that agricultural productions are the future of the nation and would continue to enjoy the support of the Government.

Her counterpart in the Ministry of Agriculture, Mrs. Ranked Shokefun said that ‘’Government is one fold and would work together to achieve harmony in the two ministries’’. She added that ‘’The Joint Monitoring Committee” would be put in place to enforce rules governing the forest reserves.

Shokefun emphasized that plant regulation was important in putting the reserve in order, stating that all farmers in the forest reserve must be involved in planting trees as well.

“Most of the trees were planted with World bank assisted loans and tax payer’s money for the benefit of the people of the State both economically and environmentally, we can no longer fold our arms, offenders should be ready to face the wrath of law”, he said.

Mr. Abdul Rafiu Oduwole, the Baale of Oba-Ojuona lauded the State Government gesture which allowed them to remain in the forest reserves, calling on the Government to provide needed infrastructure in the reserves and reaffirmed farmers commitment to the rebuilding mission of Governor Ibikunle Amosun.

Speaking on behalf of other farmers, Alhaji Idowu Ogunde, commended the efforts of the Government in ensuring peace amongst all parties involved, adding that the Joint Monitoring Committee needed to be more effective in monitoring the growth of the trees planted.