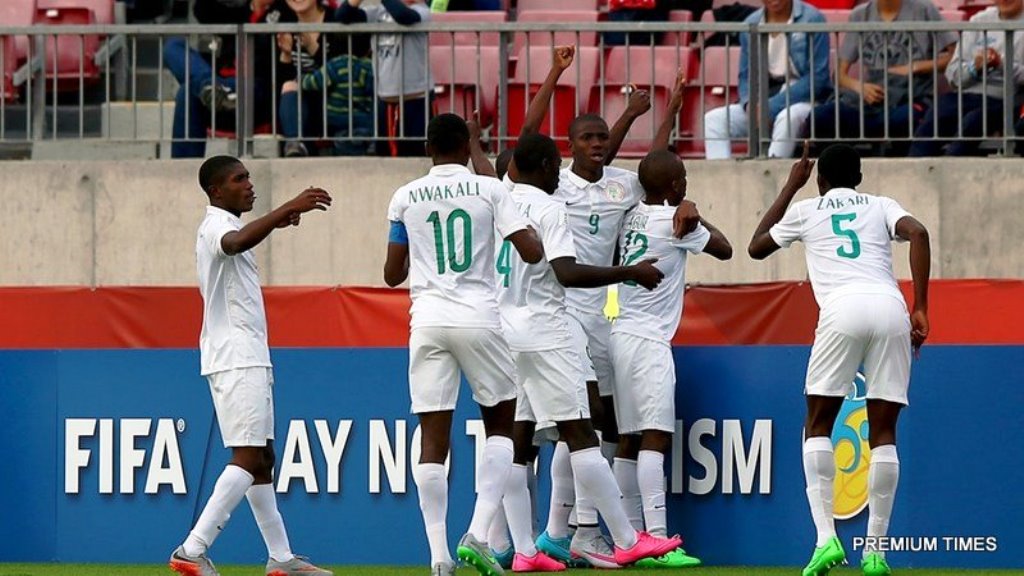 Nigeria defeated the Under-23 Africa Cup of Nations hosts Senegal 1-0 to reach the final of the tournament on Wednesday.

Oghenekaro Etebo’s goal in the second half proved enough to see Samson Siasia’s men not only earn a place in the final of the competition but also qualify for the men’s football event of the 2016 Olympic Games in Rio de Janeiro.

Siasia’s men had barely scraped through the group stage and had the odds stacked against them since the Senegalese breezed through their group with a 100 percent record.

Nigeria were without their suspended captain Azubuike Okechukwu and the injured Stanley Dimgba and Taiwo Awoniyi. Siasia turned to the trio of Godspower Aniefiok, Tiongoli Tonbara and Kufre Ebong to step in as their replacements.

Etebo had the first shot at goal. His free kick was aimed straight at Seydou Pape Ndiaye in Senegal’s goal in the third minute.

Ebong also had a chance at goal but shot tamely.

In the last 10 minutes of the opening half, Daniel again was on hand to save from Keita’s header.

On the stroke of halftime Daniel turned the villain when he upended Dieng in the box and Moroccan referee Jiyed Redouane pointed to the spot.

Daniel dusted himself off to make amends by saving from Keita’s poorly taken spot.

The restart had a mellowed approach and the first chance came on the hour mark when Sarr broke in a one-on-one with Daniel who stuck out his leg to make an improvised save.

In the 72nd minute, Senegal produced more drama as Ousseynou Thioune was sent off for handling the ball in his box after a miscommunication with his goalkeeper Ndiaye left the hosts’ defence in sixes and sevens.

Etebo stepped up and made no mistake from the spot to score the winning goal and his third of the tournament – all from the spot.

Dia, in a bid to salvage the game, switched to a four-man attack sending on Sidy Sarr and Mouhammadou Diallo but Nigeria held on for a slim win to reach the final. (Supersports)

Related Topics:CAF U-23: Nigeria stun Senegalqualify for 2016 Olympic
Up Next