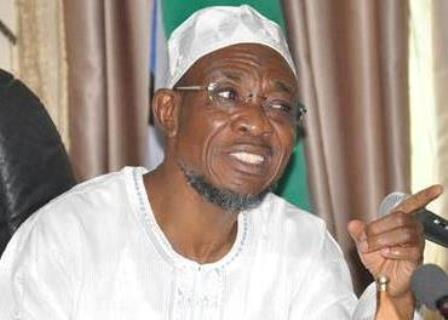 The Government of the State of Osun has said it did not order delisting of any institutions it owns by Joint Admission and Matriculation Board (JAMB).

Reacting to report that the State Governor, Ogbeni Rauf Aregbesola, requested the delisting of the four state-owned tertiary institutions over plans to restructure them for the next two academic sessions, Mr Semiu Okanlawon, Director of Communications and Strategy, called on staff of the institutions to join the government in on-going landmark changes instead of spreading rumours.

Okanlawon said, “Government did not order delisting of any institutions it owns by JAMB. If the institutions realize that they are undergoing some very crucial restructuring and they realize it makes more sense not to bring in new intakes and make them come into a system that is undergoing landmark changes you won’t blame the institutions for saying ‘wait a bit let’s get our structure properly in place before we take in new students.”

Meanwhile, when NEWSVERGE contacted the Chairman of the Academic Staff Union of Polytechnic (ASUP), Osun State chapter, Mr. Dotun Omisore, who said though the union heard the government, is carrying out restructuring in the four tertiary institutions but claimed that he is not sure of the intention of the government.

The ASUP Chairman though said he could not confirm if government requested for delisting of the institutions, but said that the State government has stopped admission for fresh intake for the 2015/2016 academic session without any reason.

He claimed that the staff of the State-owned tertiary institutions are completely in the ‘dark’ to what the intension of government is to the institutions.

“The situation right now, we cannot confirm what government is doing and since the state polytechnics are not offering different courses or programme from those approved by the national body regulating programmes of polytechnics in Nigeria.

“If there is going to be restructuring in the courses offered, we believe as a union that such restructuring should come from National Board for Technical Education (NBTE) and not from any federal or state government directly.

“Basically, since we have not sense any clear reason about the claimed restructuring, merger or whatever name they call it, we going to lie low and wait for government to come up with whatever template it want to use for restructuring, then we will come out to let them know that restructuring of courses lies within the power of the NBTE and not with any government.

“Perhaps, if government said it want to merge the institutions, there is nothing we can do because the state government is the owner of the school.

The Director of Communications and Strategy however said “No one can claim to be unaware there are restructuring going on.

“All stakeholders are involved.

“The Governing Council of the institutions are fully involved the management and this extends to students and workers.”

Meanwhile, when the Mr. Okanlawon was if the move is not another way of creating problem for the future, he said, “The government cannot be creating problems for itself or future governments. Why the government is doing really is to stave off future crisis in our education sector. We are all doomed if all our institutions do is produce half-baked people or mere job seekers who cannot fit into the needs of the modern world.”

Related Topics:Aregbesola did not order delisting of any institutions – Osun govt
Up Next