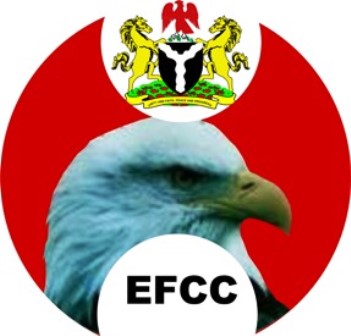 The Minister of Justice and Attorney General of the Federation, Abubakar Malami says the Economic and Financial Crimes Commission (EFCC) and the government cannot prosecute the Chairman of the Code of Conduct Tribunal, Danladi Umar because the petition instituted against him over allegations of corruption contains insufficient evidence to back up the claims of corruption.

Malami said this Tuesday in Abuja, at the resumed hearing by the House of Representatives Committee on Ethics and Public Petitions on the petition submitted by the Anti-Corruption Network, accusing the Code of Conduct Tribunal chairman of corrupt practices.

He informed the committee that upon receipt of the petition against Umar, his office in complying with the provisions of Section 36, sub-section 5 of the constitution contacted the relevant anti-corruption agencies and sought their inputs in respect of the fraud allegation against the Code of Conduct Tribunal chairman with the anti-graft agency responding to the query that the petition is based on mere suspicion not backed by facts.

“I am happy to bring to the notice of the committee that the EFCC has provided opinion on the basis of which we acted, a copy of that letter I believe has been made available to the committee. It is dated March 5, 2015.

“Of particular interest is the second to the last paragraph which is paragraph five of the letter, with the permission of the chairman of the committee I quote; facts as they are now against Justice Umar raised a mere suspicion and will not therefore not be sufficient to successfully prosecute for the offence”, he said.

The minister further disclosed that since Umar was entitled to fair hearing, the accused made presentations to the EFCC and based on his response to the petition, the EFCC reached a conclusion.

“Driving from the conclusion, it became difficult for any prosecution to be initiated based on the basis of facts as they were presented. The position of the office of the attorney general of the federation is that in the absence of further material fact in the allegation, we find it very difficult to prosecute Alhaji Umar in the circumstances against the background of his presentation and the further conclusion arrived at by the EFCC”, Malami added.

However, the Executive Secretary of the Anti-Corruption Network, Ajufo Ajufo in his presentation before the committee said as whistle blowers, the body stands by the allegation of corruption contained in its petition against Umar.

He urged the committee to investigate the allegations and verify all the accusations contained in the petition, adding that “our organisation is not into blackmail, it is not sectional and selective in our fight against corruption.

“One of the major issues we have here in our petition on and as stated, we cannot understand why the directive by the attorney general of the federation is only focusing on the personal assistant on the chairman of Code of Conduct Tribunal (CCT), one Ali Gambo and not the chairman himself.

“We urge this committee to please ask the chairman of the CCT to produce the original of the following documents which are; one advanced payment vouchers and other voucher, from 2011 to 2014”, Ajulo said.

I will Jail any Customs officer found collecting bribe – Ali