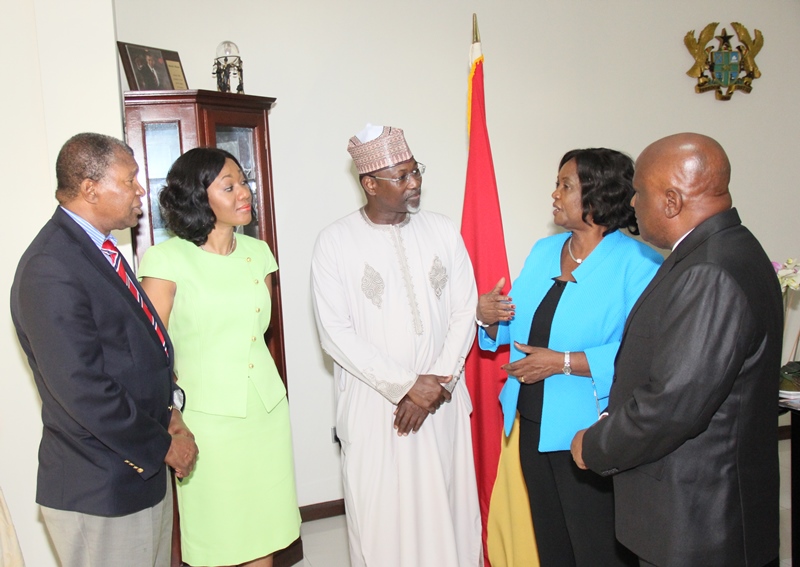 Nigeria’s immediate past Chairman of the Independent National Electoral Commission (INEC), Professor Attahiru Jega, has said elections in African countries need not generate conflicts as they often do; rather, with the right mindset by all actors, elections should help to unify the peoples.

Jega said, African countries must work together to promote peace and stability on the continent, and each country should work at reforming its electoral system towards deepening democracy and ensuring that the vote of the people truly count.

“Elections do not have to create conflicts, and our countries need not be so conflict-prone because of elections. Democracy should promote good governance, and elections, which are essential to democracy, should help to unify our people,” he said.

Professor Jega spoke in Ghana during a five-day visit to the country at the instance of the Institute of Economic Affairs (IEA) Ghana, which invited him to come and share Nigeria’s experience of the 2015 general election with Ghanaian stakeholders as the country prepares for its presidential and parliamentary elections in 2016. The visit ends on Friday, 18th December 2015.

IEA Ghana, a frontline think-tank, invited the former INEC Chairman to the country as part of its 25th Anniversary celebrations. During the visit, Professor Jega gave two public lectures – one in the national capital, Accra, and another in the capital of Ashanti Region, Kumasi – and he met with key stakeholders including presiding officers of the Ghanaian Parliament led by the Speaker, Rt. Hon. Edward Doe Adjaho; and the Chief Justice, Lady Justice Georgina Theodora Wood. He also met with Ghanaian political party leaders and candidates, traditional rulers and religious leaders, the civil society as well as international development partners and donors, among others.

At the various points of encounter with Professor Jega, Ghanaians were fulsome with praise for Nigeria’s 2015 general election and celebrated the former INEC Chairman for leading the electoral commission to conduct the applauded poll. Enthusiastic crowds attended the public lectures, which Professor Jega used to rally his hosts for cooperation and peaceful conduct as they approach the forthcoming general election. He reminded them that Nigeria and Ghana are noted for healthy sub-regional rivalry, hence they should put all hands on board to ensure that they surpass Nigeria’s celebrated 2015 record in their impending elections – not just for the good of their country, but for the good and stability of the entire African continent.

The former INEC Chairman, in his public lectures, shared the experiences, successes and challenges of Nigeria’s electoral system leading to the 2015 general election. He drew lessons for Africa, saying: “There is no doubt that Africa is making tremendous progress with elections. Clearly, the number of Africans living in countries that routinely conduct elections has grown tremendously since the 1990s. We are glad that Nigeria is now being counted among such countries…The 2015 Nigerian general election may have set a new standard for democracy across the African continent. All countries with elections slated for next year, like Ghana, are now challenged to make theirs at least as free, fair and peaceful as Nigeria’s.

“Specifically for Ghana and Ghanaians, we now pose you a big challenge: make your next elections better than ours! Learn from our mistakes and don’t repeat them. See if you can adapt some of our innovative reform measures and do them better. I must say that we ourselves learnt a lot and adapted good things from the National Electoral Commission (NEC) of Ghana. We can, and should learn from one another as we consolidate and deepen our democracy.”

At his meeting with presiding officers of the Ghanaian Parliament led by the Speaker, Rt. Hon. Adjaho, Professor Jega canvassed close collaboration between Ghana and Nigeria to advance the cause of democracy in the sub-region. He told the parliament leaders: “We share quite a lot in common, and there is no area that we need to keep on partnering and working together more than in the area of democratic development and deepening democracy in our countries.

“The conduct of elections is central to all that. How can we get our elections right? How can we ensure that elections are conducted with integrity, so that the vote of the people will truly count in the choice of elected representatives?

“Nigeria had a long history of poorly conducted elections until 2011 when things began to turn around. And we were fortunate that in 2015, we were able to conduct general elections that were better than the 2011 elections, and which are now generally recognised as a turning point in terms of the conduct of elections in our country.

“So, I was delighted that the IEA invited me to come and share these experiences, and also to learn more from the Ghanaian experience. As I said in my lecture, there was a time in Nigeria that we were frustrated by elections in our country, and we were looking for examples of how to conduct elections. We looked towards Ghana to see what we could learn, and we did learn quite a lot. Of course, as we learnt, we tried to refine or improve upon them, and that is how we got to where we are. There is no doubt that we have a lot to share by way of knowledge and experiences to consolidate and deepen our democracies.”

During her meeting with the former INEC Chairman, the Ghanaian Chief Justice, Lady Justice Theodora Wood, mooted the idea that election management bodies in Africa should consider taking polling officers across national borders on ad hoc basis to participate in conducting other countries’ elections. This, in her view, could redress challenges associated with perception of polling officials in their native countries and enhance the integrity of elections across the continent.

The Chairman, Board of Directors of the IEA Ghana, Dr. Charles Mensa, said Professor Jega was invited to Ghana because of the sudden transformation of Nigeria from an electoral pariah into a shining role model in the comity of nations. He noted that until some few years back, many foreign observers, including those in Ghana, wrote off Nigerian elections as always predetermined and lacking in integrity; but now the country is being highly regarded and celebrated as a good example in the conduct of elections, from which other countries should learn some lessons.

IEA Ghana is a leading public policy think-tank, with a mission to promote good governance, democracy and fair market economy in Ghana and across the whole of Africa.

Related Topics:Jega tasks African leaders on peaceful elections
Up Next