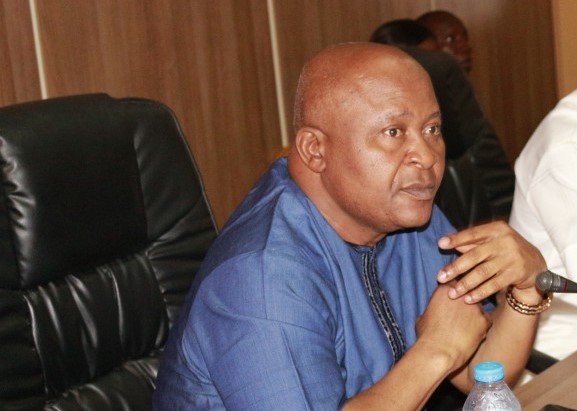 The Speaker, Delta State House of Assembly, Rt. Hon Monday Igbuya has said that his fortune was a clear testimony to the fact that power belongs to God.

Igbuya who spoke at a special thanksgiving service in Sapele on Sunday said without God, the efforts of those struggling to get to political offices would be in vain.

He emphasized the hand of God in his political life, saying that God stood for him from the Peoples Democratic Party (PDP) primaries in Sapele to his victory at the Court of Appeal, Benin Judicial Division.

Drawing inspiration from the Book of Psalms, Igbuya said “If it had not been the Lord who was on our side, when people rose up against us, then they would have swallowed us up alive”

In his words “PDP won the House of Assembly election in Sapele State Constituency of Delta State. It was the toughest and freest election in the history of the area. The Court of Appeal affirmed the decision of the National/ Legislative Houses of Assembly Election Petition Tribunal, Delta State in Petition No. EPT/DT/HA/26/2015 delivered on 7th October 2015” he said.

Igbuya advised his opponents to join him in developing Delta State.

“Some of my political enemies are here. They are members of this church. They wanted me out of the political system. If you are truly destined for greatness, people plotting to stop you are wasting their time. It is time to come together and channel all our resources towards the development of the State” he said.

Igbuya who also advised politicians in the state to shun hatred recalled his vow immediately he became speaker of the Delta State House of Assembly.

“I will do something significant for Bethel Baptist Church should I come out victorious at the Tribunal and the Court of Appeal. I was baptized in this church. I dedicated all my children in this church. There is a brand new passenger bus outside for the church” the representative of the good people of the Sapele Constituency said.

The Court of Appeal affirmed the decision of the lower tribunal delivered on 7th day of October, 2015.