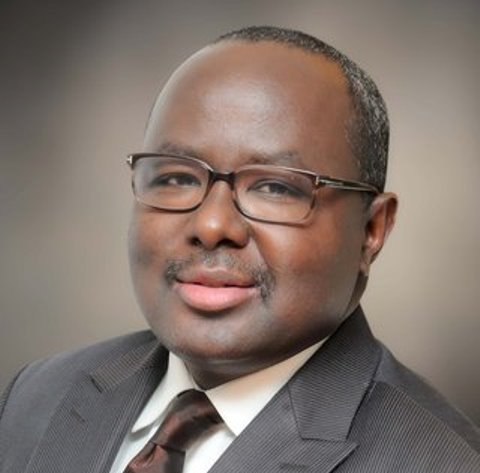 The Securities and Exchange Commission has announced the official takeoff of the National Investor Protection Fund (NIPF) with 580 complainants/investors to be compensated pending approvals.

SEC in a statement on weekend said “The Verification Committee of the NIPF has concluded a rigorous verification of investors’ claims against Mega Asset Managers Limited and subsequently recommended approval of appropriate compensation to the affected investors.

“Consequently, the Board of the NIPF at its sitting of 14th December, 2015 has approved payment of compensation to the complainants/investors of Mega Asset Managers Limited who appeared before the Commission’s Administrative Proceedings Committee (APC) in the matter.”

The 580 complainants/investors were advised to contact the Lagos and Onitsha zonal offices of SEC with proof of identification, account details and Bank Verification Number (BVN) before 23rd December, 2015 for further details.

In pursuit of its on-going enlightenment campaign on the benefits of its Professional Diploma Programme in Securities and Investment to the youths, the Chartered Institute of Stockbrokers (CIS) has addressed the Nigerian Students of Economic and Technology Conference (NISETEC) at Obafemi Awolowo University (OAU) Ile-Ife.

The intensive enlightenment campaign, under the aegis of the OAU chapter of the Nigerian Universities Accounting Students Association attracted presentations from seasoned professionals focused on the integration of the youths into the financial market.

Addressing the students, the institute’s Head of Membership, Mr Edikan Ekong explained that the Capital Market had always served as a bridge between technological advancement, youth empowerment and economic development.

According to him, the CIS has been outstanding in harnessing technological innovations to connect with, and empower Nigerian youths by securing their future career wise.

Ekong announced that the CIS had elevated its examinations to another level by being the first professional Institute to conduct a whole diet of professional examinations, using Computer Based Testing (CBT).

He explained that the institute had just introduced another innovation by way of Video Lectures. With this, students in the hinterland communities or those who do not have access to standard tuition centre can learn conveniently by watching the world class tutorials on video.

The CIS representative stated that the future of Nigeria depends substantially on the quality of empowerment resources available to its youths.

Ekong cited the United Nation’s forecast which classified Nigeria as the third most populated country in the world by 2050 with a population of around 400 million.

The forecast indicated that the youths would be one of the major considerations in determining economic policy and social standards by that time.

He explained that by deliberate policy, the CIS believes that Nigerian youths should be equipped with the right knowledge and skills that would empower them to be relevant players in the global financial market.

But he noted that as a good corporate citizen, such knowledge and skill must be made affordable, hence the need for subsidized examination for Professional Diploma in Securities and Investment.

He reiterated the institute’s goal of exposing the youths to entrepreneurial development as a basis for supporting the federal government to combat youths unemployment. Also, the professional qualification is designed to enhance the youths’ ability to enroll for Final Examination of the institute.

The students and their lecturers commended the institute for the initiative of the Professional Diploma Examination and assured that they would take advantage of the benefits to become members of the financial market.

The institute has signed a Memorandum of Understanding (MOU) with no fewer than ten organizations on strategic marketing of the Diploma Examination in order to grow membership base.

Already, some state governments have accepted to partner with the institute to ensure that the youths are encouraged to embrace the examinations.

The Board of the International Organization of Securities Commissions (IOSCO) has announced the appointment of Paul P. Andrews as its new Secretary General. Mr. Andrews is currently the Vice President and Managing Director of International at the Financial Industry Regulatory Authority (FINRA).

He will take up his position at IOSCO for a three-year renewable term in March 2016.

Mr. Andrews succeeds David Wright, who joined IOSCO in March 2012 after 34 years of financial and regulatory policy work at the European Commission.

IOSCO Board Chairman, Greg Medcraft said: ‘On behalf of the Board I look forward to working closely with Paul in achieving our goal of reinforcing IOSCO’s role as key global reference point for securities regulation and implementing our 2020 Strategy.’

At FINRA, Mr. Andrews has sought to establish strong working relationships with regulatory bodies outside of the U.S to improve international cooperation and coordination. He represents FINRA at IOSCO, where he sits on the Regulatory Advisory Committee of IOSCO’s Affiliate Members Consultative Committee (AMCC) and chairs the AMCC Task Force on Risk.

He also serves as the Chair of the International Forum for Investor Education, a global organization dedicated to strengthening resources and standards for investor education within and across jurisdictions

Mr. Andrews said: It’s a privilege to be named to this position and I intend to work with the Board on three key themes: (1) strengthening IOSCO’s position as the international capital markets standards setter; (2) forging greater cooperation among regulators and other standard setting bodies on supervisory and enforcement issues while continuing to assist emerging markets with technical assistance and capacity building; and (3) engaging regulators world-wide to exchange information, discuss issues and approaches to common regulatory challenges, and seek to create global solutions where possible.”

Prior to joining FINRA, Mr. Andrews spent eight years at the U.S. Securities and Exchange Commission (SEC). During that time, he worked in the Division of Market Regulation and the Office of the General Counsel.

David Wright, current IOSCO Secretary General, said: “I wish Paul every success in his new function as Secretary General of IOSCO. He is an excellent choice to take IOSCO forward over the next years.”