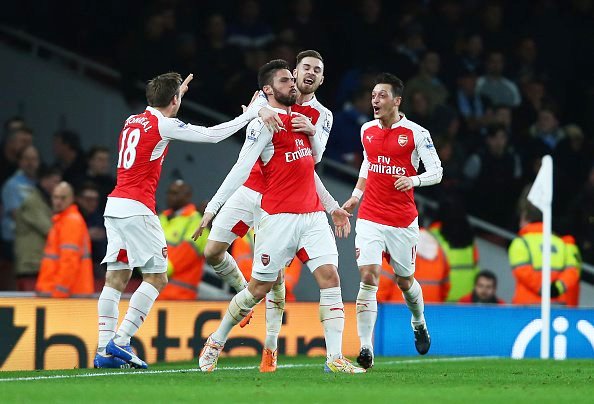 Arsenal landed the first meaty blow of this season’s Premier League title race with a 2-1 win at home to rivals Manchester City on Monday that swept away a few more doubts about their title credentials.

Arsene Wenger’s side certainly had the swagger of champions as they picked City apart with first-half goals from Theo Walcott and Olivier Giroud while the visitors looked forlorn until Yaya Toure netted with eight minutes remaining.

Toure’s goal sparked a late resurgence from Manuel Pellegrini’s side, but they could not find a leveller, meaning City have now not won away in the league since September and have lost three of their last five on the road.

Arsenal, who have not lost at home in the league since the first game of the season, stay second in the table, two points behind surprise leaders Leicester City, but four clear of Pellegrini’s side.