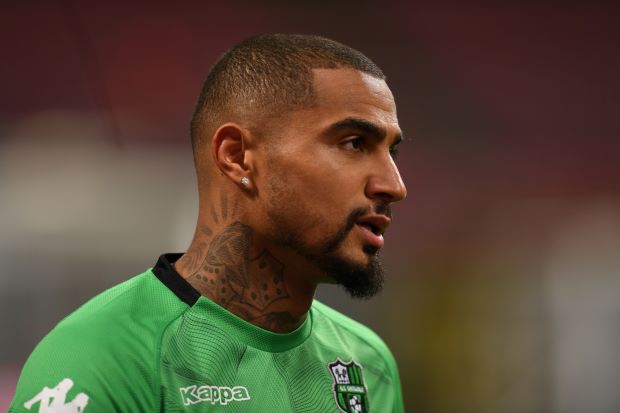 Spanish giants FC Barcelona on Monday announced the surprise loan signing of Kevin-Prince Boateng from Italian side Sassuolo until the end the season.

The La Liga leaders confirmed the arrival of the German-born former Ghana international in a statement.

They added that the club also have an option to make the deal permanent for a fee of 8 million euros (£6.98 million).

FC Barcelona have been linked to a host of forwards during the winter transfer window as they seek experienced back-up options for Luis Suarez.

The club let youngster Munir El Haddadi join Sevilla at the start of the month after he refused the offer of a new contract at the Catalan club.

Moves for Cristhian Stuani of Girona and Los Angeles FC’s Mexican international Carlos Vela were rebuffed, with Boateng emerging as a surprise target earlier on Monday in the Spanish press.

An attacking midfielder by trade, Boateng has operated as a forward for the mid-table Serie A outfit during the first half of this season, scoring four times in 11 starts.

He spent the 2016/2017 season in Spain with Canary Islands side Las Palmas, netting 10 goals in 28 La Liga appearances.

Boateng will be presented officially at a press conference on Tuesday afternoon.

Messi comes off the bench to sink Leganes 3-1