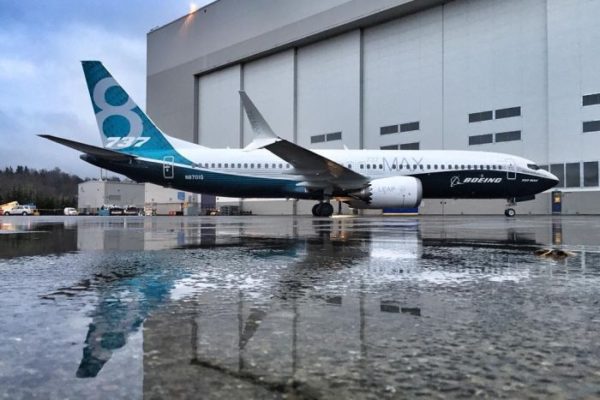 Nigeria on Wednesday joined other nations across world in banning the Boeing 737 Max 8 from flying over its airspace to ensure passenger safety.

The Minister of State, Aviation, Sen. Hadi Sirika, made this known when he addressed State House correspondents on the outcome of the meeting of the Federal Executive Council (FEC), which was presided over by President Muhammadu Buhari, at the Council Chamber of the Presidential Villa, Abuja.

He said that the planes would remain ban pending the determination of the actual cause of the crash in Ethiopia and pending the outcome of the response of the manufacturers of the aircraft.

“Regarding Boeing 737 Max 8 and Max 9 that had been in the news recently, there is no cause for alarm as there is no operator in Nigeria that is using that type of airplane.

“The Nigeria Civil Aviation Authority, whose mandate it is to issue advisory, has already issued advisory that nobody should fly into Nigeria or out of Nigeria using Boeing 737 Max 8 and Max 9, pending the determination of the actual cause of the crash in Ethiopia and also pending the outcome of the response of the manufacturer, which is Boeing.

“Regardless of the enormous safety records of this plane 737, it has caused concern in the world of aviation and you know aviation is universal, whatever affects one affects the other because aircraft will be flying in and out.

“So, we have issued directive that no operator with Boeing 737 Max 8 or Max 9 should operate into and outside our airports and this is being carried out,’’ he said.

On the reported orders made for the 737 planes by Air Peace and Arik Air, the minister disclosed that the planes would not be available in the country until 2021.

He said: “Regarding Air Peace and Arik orders, whether those orders were confirmed or intent, it is to our knowledge in the ministry that they won’t be in the country until the next two years or so.

“And it is normal standard practice that once a particular aircraft is involved in accident back to back, it is withdrawn from the market and see if there is something they are doing wrong.

“And if it is confirmed that a particular problem say for instance, landing gear, they will issue an instruction to ground such plane worldwide until the problem is fix. So, this case is not different.’’

Sirika expressed the hope that the aviation industry would continue to be safe and secure, saying that “we promise you that we are alive to our own responsibility which is to secure lives and property as a government.”

Our correspondent reports that two Nigerians were among the 157 passengers and eight crew members that died in the Ethiopian Airline 320 that crashed on Sunday.

The aircraft was en route from Addis Ababa to Nairobi with 149 passengers and eight crew on board.

The Minister also revealed that about N4billion was approved by the Council for the procurement of safety and security equipment including X- Ray machines, cargo scanners, and walk-through metal detectors to be installed at Enugu Airport, Nnamdi Azikiwe International Airport, Port Harcourt and Mallam Aminu Kano International Airport Kano.

He also disclosed that the council approved contract for the upgrade of instrument landing system and 11 KVA circuit at Mallam Aminu Kano International Airport, Kano.