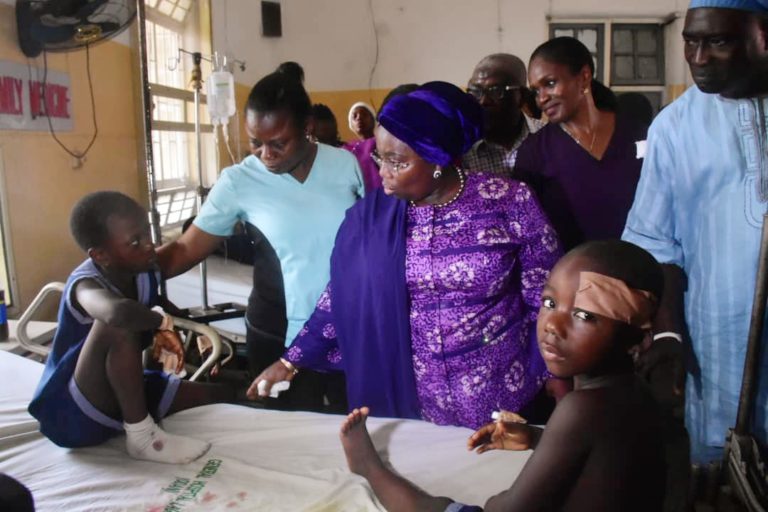 The Lagos State Government has assured parents and guardians of pupils of a school on Lagos Island, whose building collapsed on Wednesday that rescue operations were on top gear.

The Deputy Governor, Dr Idiat Adebule, gave this assurance when she visited the victims at General Hospital, Marina, Lagos.

Adebule said that rescue operations were on to ensure the safety of the trapped pupils and staff of the collapsed school.

It was reported that a three-storey building housing the Ohen Nursery/Primary School in Lagos Island, collapsed in the early hours of Wednesday.

It was reported that some pupils and staff of the school were still trapped in the rubbles.

Adebule, however, urged the parents to remain calm and be prayerful as rescue operations had been put on top gear by the state government to ensure that not too many casualties were recorded.

“We commiserate with the families of the affected pupils and staff.

“We are urging parents, who are anxious to see their children and wards, to allow medical doctors and government’s rescue team to do their work in rescuing and protecting the lives of the victims.

“We are also assuring you that the state government will do its utmost to ensure that the best medical attention is given to those that have been rescued so far.

“We are also intensifying efforts to safely rescue other pupils and staff that are still trapped,” Adebule assured them.

The deputy governor said that it was too early to give the numbers of the casualty.

She said that the state government would issue an official information on the tragic incident very soon.

Related Topics:collapseLagosschool building
Up Next