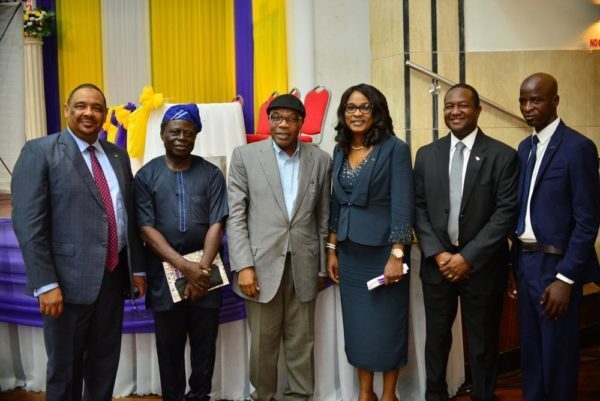 FCMB Group shareholders on Friday lauded the declared total dividend of N2.77 billion by the company for the financial year ended Dec. 31, 2018.

The shareholders made the commendation at the company’s sixth Annual General Meeting (AGM) held in Lagos.

They commended the board, management and staff of the financial institution for recording another impressive performance in 2018 in spite the challenging macroeconomic and regulatory environment.

Our correspondent reports that the N2.77 billion total dividend translated to 14k per share.

Commenting on the development and the financial results of the group, the Chairman of Trusted Shareholders Association of Nigeria, Alhaji Mukhtar Mukhtar, expressed delight on the increased dividend payment.

Mukhtar said that the group achieved an excellent result in a period of low economic activities in the country.

“I am highly impressed with the group’s balance sheet quality which witnessed a high growth; this shows vigorous policies that have positively impacted on and optimised the balance sheet.

“Another significant aspect of the performance of FCMB is the growing contributions of the subsidiaries in the profit margin.

“The 14k dividend declaration signals FCMB’s commitment to improving the lots of shareholders’’, he said.

Also speaking, the National Chairman of Progressive Shareholders Association of Nigeria, Mr Boniface Okezie, said, ‘’FCMB and its subsidiaries have done very well in terms of dividend payment and the overall performance, including the loans portfolio which is also encouraging.

“The fact the bank has been able to increase its branch network is an indication that it is expanding.

”I believe that FCMB will build on this performance,’’ Okezie said.

The Chairman of FCMB Group, Mr Oladipupo Jadesimi, said, ‘’In 2018, we continued to move forward on the path of good governance, strengthening and improving our corporate governance structure and bringing it into line with our long-term strategy and the highest international standards”.

Jadesimi said that the board of directors was fully engaged and committed to the group’s corporate culture and strategy.

He assured the shareholders that the board had the experience, knowledge, dedication and diversity needed to accomplish the objective of making FCMB one of the leading financial services groups of African origin.

Also speaking, the Group Chief Executive of FCMB Group, Mr Ladi Balogun, said that 2018 financial was very eventful one for the company.

He said that the growth was driven by improved performance in its consumer finance business and increase in fees and commissions.

According to him, commercial and retail banking remained its largest group, contributing 83 per cent of profit.

“Our banking franchise continued to grow as reflected by a 20 per cent rise in deposits and our customer base also grew by 20 per cent to 4.9 million customers’’, Balogun said.

FCMB Group’s profit before tax (PBT) during the review period rose by 73 per cent to N18.4 billion as against N11.5 billion in the corresponding period of 2017.

Deposits also increased by 19 per cent YoY to N821.7 billion, while loans and advances stood at N633 billion.

Similarly, total assets went up by 21 per cent YoY to N1.43 trillion, just as capital adequacy ratio was 15.9 per cent.