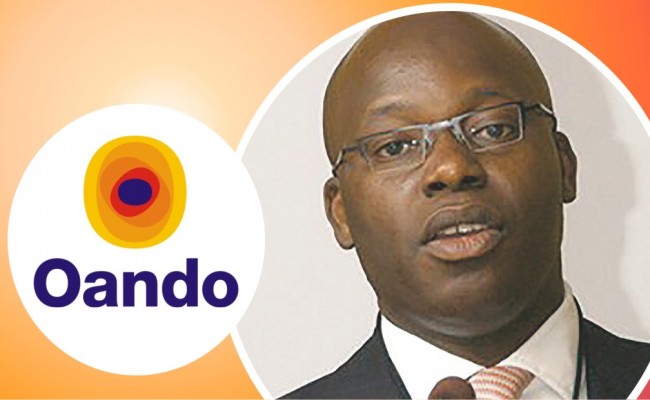 Tinubu said in a statement in Lagos that the company which declared a profit after tax of N4.6 billion for the first quarter ended March 31, 2019 would likely pay dividend in the current financial year if all indices remained in its favour.

He said that the profit after tax represented a growth of 11 per cent when compared with N4.2 billion achieved in the comparative period of 2018.

“Oando could be rightfully said to be unrelenting in creating value not for itself and its shareholders but for the country at large.

“If all indices remain in the company’s favor, the company would be well on its way to ending 2019 on a positively high note and possibly paying shareholders long awaited dividends,” Tinubu said.

He said that the company posted a profit of N4.6 billion which is an 11 per cent increase from the first quarter of 2018 (Q1 2018), despite the volatile nature of the sector and economy.

Tinubu said that “Oando continues in its unrelenting drive, working assiduously to restore stakeholders’ confidence in its promise to return economic value to shareholders in the very near future”.

According to him, the company has leveraged on the increase in the price of crude oil which peaked at a little over 66 dollars per barrel in the first quarter of the year, three dollars more than the projected average for 2019.

“The current stability in oil pricing has also tilted in the favor of the Nigerian economy as the government predicted a $60 per barrel price in the 2019 budgethe,” he said.

Tinubu noted that the group also decreased its total borrowings by five per cent to N200.9 billion, compared with N210.9 billion in full 2018 financial year.

He added that long-term borrowing decreased by one per cent to N75.8 billion against N76.8 billion in 2018.

Commenting on the company’s financials, Tinubu said: “Our results reflect the progress made over the last few quarters and provides an indication of our expectation for the year.

“Now that our debt profile is down by 78 per cent from $2.5 billion as of December 2014 to $558 million, and our de-leverage programme is 90 per cent complete with most of our non-core operations divested for good value, we can now focus on steady growth in our upstream entity,” he said.