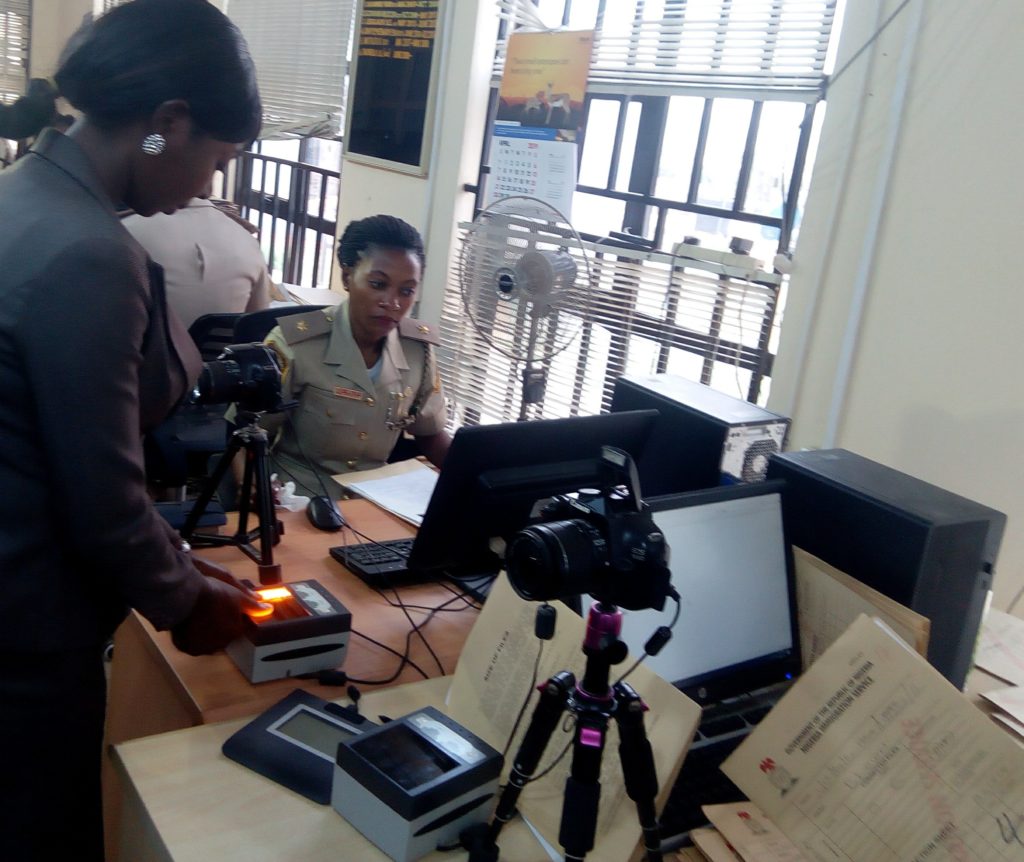 The Nigeria Immigration Service (NIS) on Monday, commenced issuance of the new 10-year validity enhanced passport booklet, which was part of a comprehensive reform, approved by the Federal Government in January.

Comptroller-General of the Service, Mr Muhammad Babandede, said this at the ceremony held at the NIS Headquarters, Abuja.

It was reported that President Muhammadu Buhari, had on Jan. 16, officially launched the new e-passport.

“The new passport has enormous advantages which include 10 year validity, self-tracking application and express centers, for urgent application.

“It will also save Nigerians in Diaspora time, in hitherto frequent visits to Nigerian Embassies for the document, ” he said.

Babandede who said that the passport was integrated with the National Identity Number (NIN), added that the headquarters would issue the new passport booklet for now.

“While the service will continue to issue the old booklet in all passport offices at the state commands.

“However, the Passport Office Gwagwalada continues to issue the old passport for now pending the roll out, at other centres including Ikoyi, Alausa, Kano and London,” he said.

He further advised Nigerians not to rush for the new booklet, as the new passport would run concurrently with the old one.

“Applicants holding a passport with more than six months validity are not eligible for the new booklet, except in the case of damage, change of data and those whose passport booklets are exhausted.

“Applicants are equally advised to pay online or directly to the banks situated within the passport offices,” he added.

Also, Comptroller Passport, Mrs Edith Onyemenam said that the passport office had worked tirelessly to ensure that the roll out was a huge success.

She said that applicants are expected to go online and make payments before processing the application.

“We are not relenting over the policy of government which says ‘No NIN No Passport’.

“We are partnering with National Identity Management Commission (NIMC), to ensure applicants have their NIN before registration,” She said.

“It takes each applicant just 2 minutes to be captured. But firstly, we have to confirm the information given by them are accurate.

He further said that the 10-year validity passport, which is the mega passport is for only adults because children are likely to change in all features within 10 years.