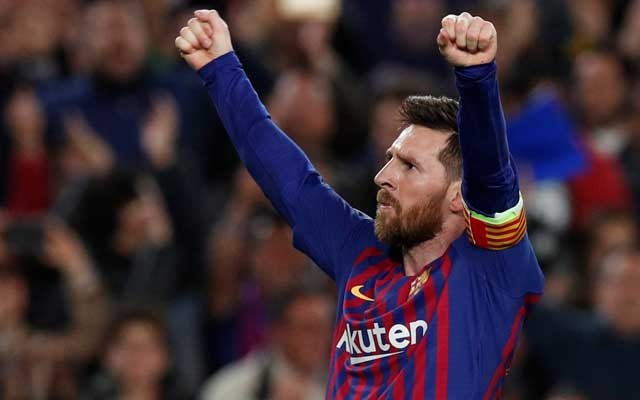 Barcelona Captain, Lionel Messi, put the team on the verge of Champions League final by scoring twice in a 3-0 home win over Liverpool in Wednesday’s semi-final first leg encounter.

His brace took his goal tally for the Catalans to a remarkable 600 in the process.

Former Liverpool striker, Luis Suarez, reminded the visitors of his clinical finishing by splitting a tense and finely-balanced game at the Nou Camp in the 26th minute.

However, Liverpool went on to carve out a number of chances, but spurned them all.

Messi scored the all-important second goal of the night in the 75th minute, chesting the ball down on the rebound and dribbling it over the line.

It followed Suarez’s effort which hammered the crossbar with a shot, with his knee.

The Argentine then added to Barca’s already huge advantage to take into next Tuesday’s second leg at Anfield by scoring his milestone goal in style.

Messi smashed the top corner with a sizzling free kick in the 82nd minute.