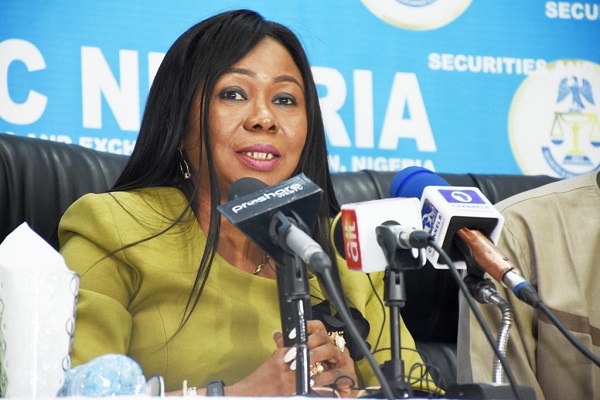 The West African Securities Regulatory Authorities (WASRA) has drawn up draft guidelines on cross border issuance of fixed incomes and a Mutual Recognition Agreement (MRA) for the region.

Ms Mary Uduk, Director General, Securities and Exchange Commission (SEC), said in a statement that the guideline was to ensure that cross-border listing was carried out with little or no hitches.

Uduk said the guiedline was one of the high points of WASRA’s meeting held in Sydney, Australia on the sidelines of the 44th conference of the International Organisation of Securities Commissions (IOSCO).

The SEC boss said members of the body, after an extensive deliberation, planned on giving the guideline a final approval in their next executive council meeting.

She recalled that WASRA had consented to the convergence of existing rules of capital market regulatory agencies within the region.

She added that it was also meant to allow foreign companies carry out their businesses and assist in deepening capital markets within the West African sub-region.

Uduk said the body was working towards building its relationship with ECOWAS Commission that is working on the integrated supervision model needed for the establishment of cross-border transaction and issuers.

She said the ECOWAS commission was also in charge of monitoring the framework and recommendation of appropriate risk management framework for supervision in the region (issuance of cross border).

Uduk therefore commended WASRA members for their determination to build a strong and competitive regional market that would rank at par with the markets of other regions of the World.

She also commended the members in their efforts towards ensuring transparency, disclosure, efficiency, accountability and investor protection in the region.

According to her, one other high point of the conference was a meeting of the Africa and Middle East Regional Committee (AMERC).

Uduk said the AMERC members deliberated on the findings of a report on listing as a challenge in the region.

She said the members agreed to engage consultants to implement the recommendations of the report.

“The Growth and Emerging Market Committee (GEMC) also deliberated on its work carried out on sustainable financing.

“This is an area considered by the GEMC to be critical and urged the capital market regulators to engage the industry largely to promote sustainable financing in the region.

“The aim of these meetings was to foster the growth of capital markets in the region through integration and deepening of the markets by sharing information and experiences from different jurisdictions” she said.

Uduk listed other high point of the meeting to include high-level discussions on Emerging Risks in the region, Margin requirements and Leveraging on Asset Management Investment Funds.

Others are Market Fragmentation, Fintech, Crypto Assets and Sustainable Finance.

She said notes would be issued after due consultation with the various regional committees for purpose of direction and harmonisation of standards.