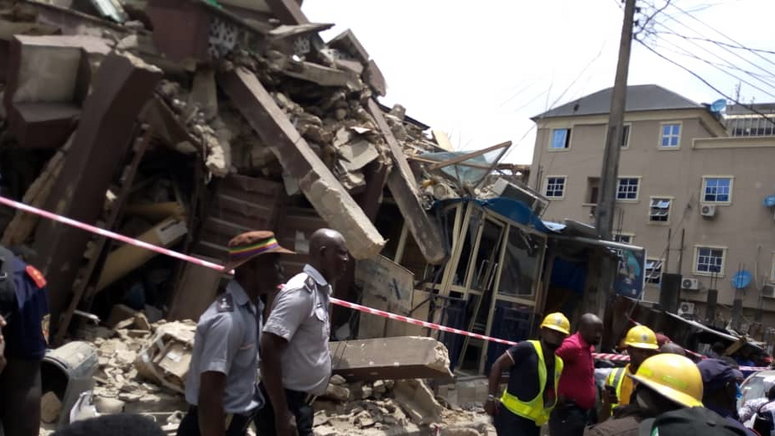 Oke-Osanyintolu told our correspondent that after evacuating all the residents, preliminary report on the collapsed building showed that it had been “severely distressed with the reinforcement.”

He said that the building having corroded had visible cracks on the walls and pillars due to lack of maintenance.

Oke-Osanyintolu further revealed that all the slabs of the building were weak, making part of it to collapse at about 9 a.m. on Monday.

He said that there was neither loss of life nor injury.

Oke-Osanyintolu said that LASEMA experts and LAGOS State Building Control Agency (LASBCA), officials were at the scene of the incident.

According to him, all the occupants have been evacuated from the premises, while the entire building has been cordoned off to prevent any secondary incident.