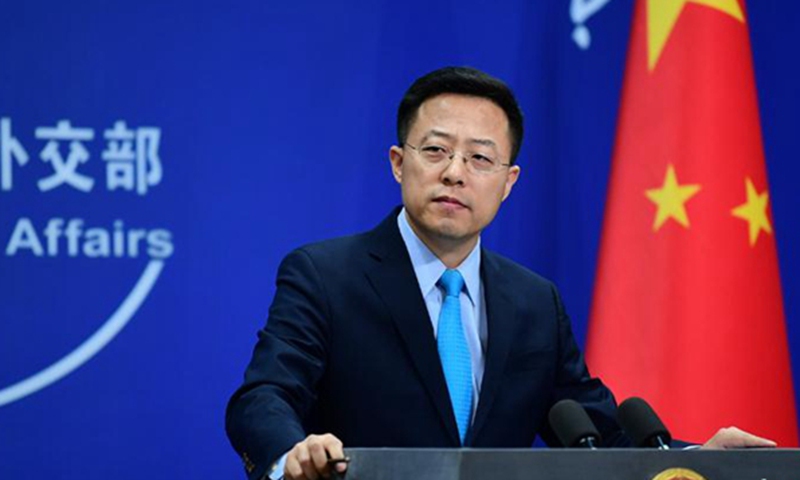 China will continue to support Africa and will resolve the debt issue through friendly consultations with African countries, the Foreign Ministry spokesperson, Zhao Lijian, said on Monday in Beijing.

Lijian made this remarks at a news conference in response to certain Western countries’ false accusations against China of not fully participating in the Group of 20 Debt Service Suspension Initiative.

Also, it was added that China had failed to help African countries to reduce their debt burdens.

Lijian said that China had attached great importance to debt suspension and alleviation in Africa and is committed to fully implementing the G20 debt relief initiative.

China has announced important measures to alleviate African debt at the Extraordinary China-Africa Summit on Solidarity against COVID-19.

“We are following the consensus reached by the leaders of China and Africa and the G20 Debt Service Suspension Initiative and are actively responding to the concerns of the African side,’’ said Lijian.

He added that the Export-Import Bank of China, as an official bilateral creditor, had signed debt suspension agreements with 11 African countries.

Lijian said China would exempt 15 African countries from interest-free loans by the end of 2020 and continue to promote the international community, especially the G20, to further extend the duration of debt suspension.

The debts held by multilateral financial institutions and commercial creditors account for more than three-quarters of the total foreign debt of African countries, he said.

He added that those institutions and creditors should bear a greater responsibility for debt relief.

“China’s cooperation with Africa never interferes in the internal affairs of African countries and political conditions are never attached.

“Those are the principles we hold when dealing with Africa’s debt problems.

“The label “debt trap” cannot be handed to China,’’ he said.

The country stands ready to strengthen communication and coordination with African countries and resolve the debt problem through friendly consultations, Lijian said.

34-year-old Nigerian in race for Governor in USA