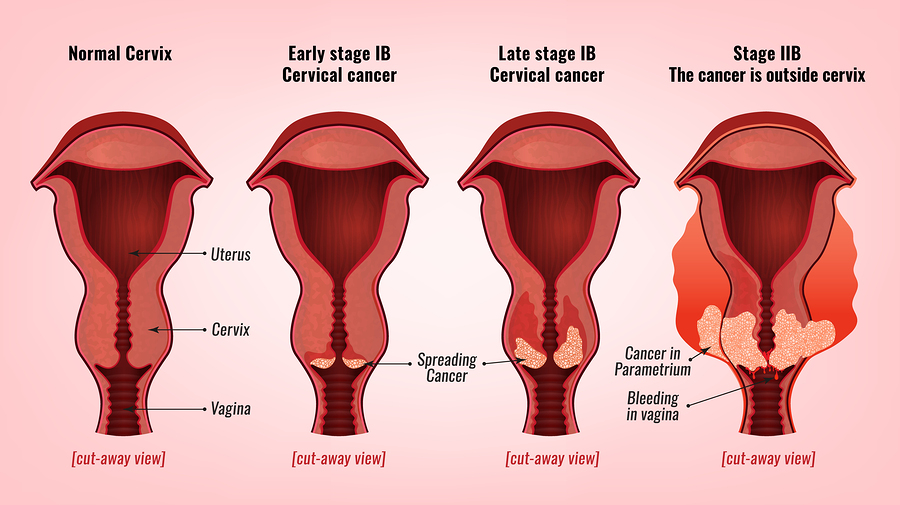 Some medical experts have stressed the need for women to adopt regular screening for cervical cancer for early detection and reduce possible deaths to the barest minimum.

The medical experts made the call in separate interviews with our reporter on Wednesday in Abuja.

Cervical cancer is a type of cancer that occurs in the cells of the cervix that is the lower part of the uterus that connects to the vagina.

A retired medical doctor, Fadile Omoleye, who expressed concern over what he described as “high mortality rate due to cancer”, noted that prevention could have played a huge role in forestalling it.

He said “cervical cancer is the commonest genital cancer in Nigeria, but it is a disease that can be cured if identified at early stage.

“You can reduce the risk of developing cervical cancer by screening and receiving a vaccine that protects against Human Papillomavirus (HPV) infection.”

HPV is an infection that causes warts in various parts of the body, depending on the strain, and the most common Sexually Transmitted Infection (STI).

Omoleye attributed the prevalent deaths due to cancer to ignorance, poverty, socio-cultural aversion to modern medical values and beliefs, leading to affinity for tradition and spiritual intervention as solution.

According to him, cervical cancer is a major reproductive health challenge.

“We must adopt a complete paradigm shift to screening that recognises the limitations of cytology based approach,” he added.

Dr Hope Abraham of the Gidan Mangoro Primary Health Centre, Abuja Municipal Area Council (AMAC), said that regular cervical screening was the best way to identify abnormal changes in the cells of the cervix at an early stage.

Abraham, who said that cervical cancer was a major public health problem, noted that even though it could be prevented and cured if detected early, it was the fourth leading cause of death in women globally.

He explained that women living with HIV were at increased risk of invasive cervical cancer, saying that the need for access to screening and treatment for this population was necessary.

According to him, there is no single way to completely prevent cervical cancer than to regularly go for screening to reduce risk.

The medical doctor said that the risk of cervical cancer would also be reduced by avoiding multiple sexual partners and maintaining a diet rich in fruits and vegetables.

“Foods such as legumes, whole grains, fruits and vegetables, with high levels of carotenoids and folate can help to reduce the risk,” he said.

A nurse, Mrs Victoria Opakunle, said that long-lasting infection with certain types of Human Papillomavirus (HPV) was the main cause of cervical cancer.

Opakunle explained that HPV was a common virus that was passed from one person to another during sex, adding that HPV was passed by skin to skin contact of the genital area.

“So, anyone who has ever been sexually active can have HPV and it is more common in young people.

Opakunle appealed to Nigerians not to stigmatise persons living with cancer, saying it was a health challenge that could be managed.

She urged persons living with the challenge to follow medical advice very strictly, including regular use of prescribed medication.

Andrew Chika, a Gynaecologist in Kubwa hospital in the Federal Capital Territory, said that the challenge must be frontally resolved if the nation was to attain greater reduction of deaths caused by the disease.

Chika said that cervical cancer screening was one of the greatest success stories in cancer prevention history, noting that “widespread screening reduces cancer incidence and mortality.

“A well-proven way to prevent cervical cancer is to screen.

“Screening is the act of conducting tests to find conditions that may lead to cancers and can find pre-cancers before they spread.”