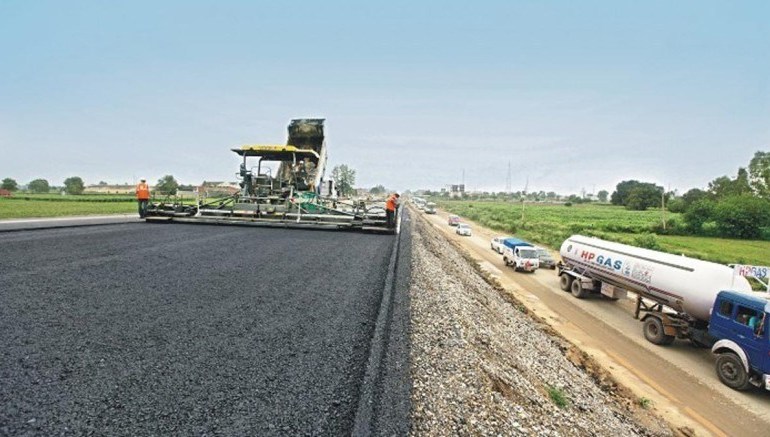 The Lagos State Government on Friday announced plans to flag-off the reconstruction and upgrade of the Eti-Osa-Lekki- Epe Expressway in the state on Sunday.

This is contained in a statement by Mr Adeshina Odunuga, spokesman of the Ministry of Works and Infrastructure.

He quoted the Special Adviser to the Governor on Works and Infrastructure, Mrs Aramide Adeyoye, as announcing the plan.

Adeyoye, while inspecting the road, is quoted as saying that the state would embark on the project inspite of economic challenges, dwindling revenue and recent havoc on assets and infrastructure of the state during the EndSARS protests.

“Against all odds, the economic recession, dwindling financial resources occasioned by the COVID 19 pandemic and the most recent unwarranted violence unleashed on the State Government Infrastructure notwithstanding, Mr Governor remains focused toward promoting economic prosperity through the provision of sustainable road infrastructure throughout the state,” she said.

Adeyoye said Gov. Sanwo-Olu will on Sunday flag-off the project.

According to her, reconstruction works will begin on the first phase of 18.75km stretch, spanning Eleko Juction to Epe ‘T’ Junction.

“Aside the fact that the Lekki-Epe Expressway project when completed will eliminate the perennial traffic gridlocks, it would ultimately improve socio-economic activities in and around Lekki environs and reduce drastically the travel time of commuters,” she said.

Adeyoye listed other benefits of the project and the positive impact it would have on Lagos residents, businesses and commuters.

She said the Eti-Osa/Lekki/Epe Expressway was constructed over 40 years ago, from Victoria Island to Epe T-junction, adopting a rural road cross-section without drain, except for few chutes which absorb surface run off on the sides of the road.

“Over time, the road has deteriorated and it currently hurts movement of goods and passengers in an efficient manner, thus necessitating the initial palliative intervention of this administration in November 2019.

”The palliative in its limited scope is now to give way to the more sustainable reconstruction works.

“The reconstruction works will entail an upgrade in both capacity and pavement structure, with an increase from a 2 to a 3 lane dual carriageway with a dedicated truck lane and reinforced concrete rigid pavement.

“Rigid pavement was recommended to accommodate the envisaged axle loadings expected to ply the route, given the rapid industrialisation in that area.

“The project is programmed to be executed in two phases so as to manage the huge financial outlay required in the face of the present economic situation’” she said.

“A tried and tested contractor Messrs. Craneburg Construction Company Limited with proven capacity and track record on similar projects– in personnel, equipment and co-ordination of construction activities— has been selected to execute this contract with a view to accelerate the project delivery.

“Upon completion, the road is expected to complement the newly constructed/ongoing Epe network of roads and ease transportation of goods and services through Epe to other neighbouring states,” she said.